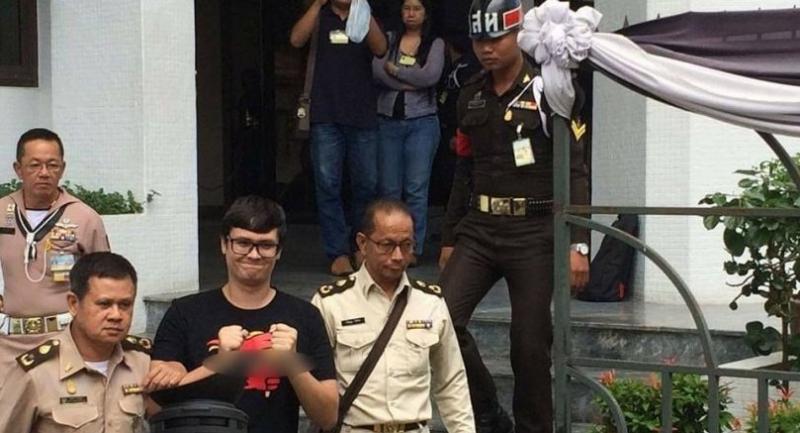 Anti-junta activist Rangsiman Rome was granted bail on Monday, on condition that he does not travel abroad or partake in banned political activity.

Rangsiman was arrested Sunday afternoon, shortly before a pro-democracy event – “Start Up People” – at which he had been scheduled to give a speech.

He was detained overnight at Bang Sao Thong police station in Samut Prakan.

Rangsiman was alleged to have violated the junta ban on political assembly and the referendum law last year when he and his colleagues disseminated leaflets campaigning against the constitution during the lead-up to the national referendum on the charter.

The activist was prosecuted on Monday at the Military Court for the 2016 offences, and additionally for allegedly holding a political activity in 2015 marking the first anniversary of the military coup – an activity also deemed to be against the junta’s ban on political gatherings.

The court agreed to grant bail for Rangsiman after his lawyers had proposed collateral of Bt50,000 and Bt10,000 respectively for the two charges.

The granting of bail came with the condition that he was banned from travelling overseas and engaging in political activity.

Rangsiman and his group, the Democracy Restoration Group (DRG), had planned to petition on Sunday for the release of information concerning the Thai-Chinese high-speed railway project.

However, due to his arrest, the plan had to be put off, according to DRG’s Facebook page.

The group believes Rangsiman’s arrest, which came very late considering that the warrants against him had been issued in 2015 and 2016, was timed to hinder public scrutinisation of the rail project.