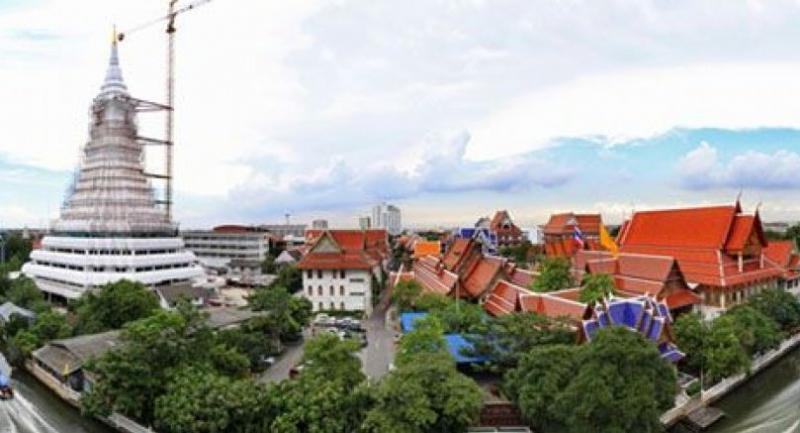 THE MINISTER attached to the Prime Minister’s Office will discuss with the National Office of Buddhism (NOB) officials next Wednesday about the requirement to have temples keep an account of their incomes and expenses.

Ormsin Cheewapreuk, who is in charge of the NOB, said 47,000 temples have undergone the Key Performance Index assessment and 96 per cent had already submitted the results to the NOB.

Meanwhile, the famous Wat Paknam Bhasicharoen in Bangkok was unable to clear suspicions about  Bt28-million budget spending and police still are seeking the temple’s cooperation to provide information.

Because there was no equivalent position to move her to, NOB director-general Pranom Kongpikul, continues to be with the agency while being investigated for allegedly embezzling Bt60 million from maintenance funds belonging to 12 temples nationwide, said Ormsin.

Three other NOB officials are under investigation, while four civilians were accused of aiding and abetting the crime.

Ormsin said he was awaiting the fact-finding probe report, which should be out in 60 days.

The Royal Thai Police’s Counter-Corruption Division officers, among other temples, have also visited Wat Paknam Bhasicharoen to check documents as part of a probe into alleged irregularities in the spending of a Bt28-million budget for temple restoration, a source said yesterday.

During the visit, police officers interviewed some monk witnesses and got some papers relating to the budget from the NOB. The monk, who is responsible for holding key documents detailing how the budget was spent, wasn’t there at the time, the source said, adding the monk would be summoned for questioning later.

The Central Investigation Bureau chief yesterday prohibited all police officers from commenting to the media about the temple fund corruption case.

In a related matter, monks at Wat Huai Sai Khao in Phayao province’s Phu Kam Yao district declined to give any comment to The Nation yesterday about the Counter-Corruption Division officers’ investigation of the temple’s building construction project, which was funded by the NOB.

It was alleged that the fund, proposed as Bt3 million, was siphoned off by officials and the temple last year received only Bt1.5 million of it. The building in question was still under construction with three to five workers at the site.

A monk identified only as Phra Paitoon told The Nation over the phone that he had already testified to the investigators and it was not convenient to give any comment.

Phayao NOB official Jureerat Jaikhaeng, who was preoccupied in another province, said she would make a statement today at her office.