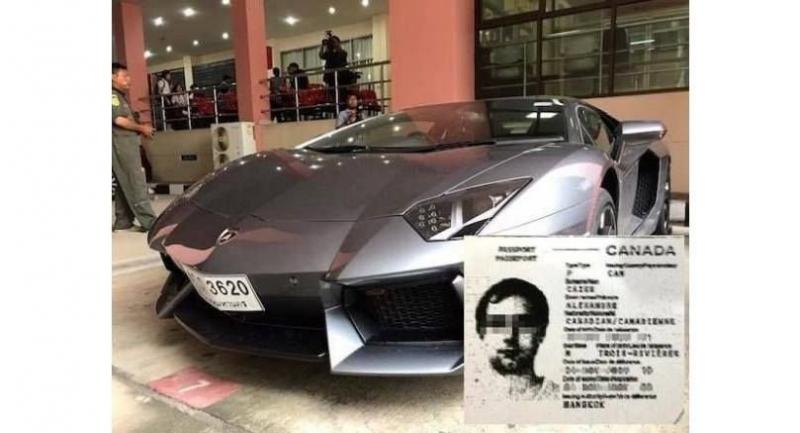 One of the Lamborghini sports cars owned by Alexander Cazes Photo Thaivisa.

BANGKOK - A 26-year-old Canadian found dead in his Thai police cell this week was wanted in the US for allegedly running a massive "dark web" marketplace for drugs and other contraband, a police source told AFP Saturday.

Thai cops arrested Alexandre Cazes in Bangkok on July 5 and had planned to extradite him to the US, where he faced drug trafficking and money laundering charges.

But the computer programmer hanged himself with a towel in his detention cell on July 12, according to Thai anti-narcotics police, who have been tight-lipped on the details of his case.

On Saturday a Thai officer confirmed Cazes was wanted in the US for running a massive online black market.

Speculation is rife that the underground marketplace was AlphaBay, considered the world's largest and most lucrative darknet bazaar until it was taken down within hours of Cazes arrest.

Like its predecessor Silk Road, which was shut down by authorities in 2013, AlphaBay used Tor technology and crytocurrencies like Bitcoin to shield customers from detection.

Cazes appeared to be living a life of luxury in Thailand, where he owned three houses and four cars -- including a Lamborghini -- according to Thai police who have seized the assets.

Thai authorities obtained an arrest warrant for the Canadian, who had a Thai wife, after the US requested his extradition.

The US Embassy in Bangkok refused to comment on the details of the case, saying only that Cazes was detained based on a request from the US "with a view toward extradition to face federal criminal charges".