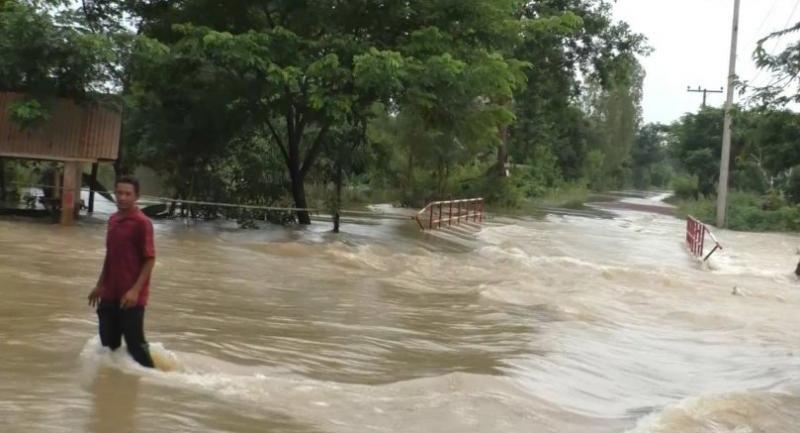 Water-management efforts focus on region amid concerns that run-off could worsen situation.

THE GOVERNMENT’S water-management efforts are being focused on the heavily-flooded Northeast, where at least one-third of the reservoirs have been overwhelmed by water volume.

“The Northeastern region gets the priority because it has now borne the brunt of the inundation, and the water level in its reservoirs has continued to rise,” Royal Irrigation Department deputy director-general Thongplew Kongjun said yesterday.

Nine out of 12 flooded provinces are in the Northeast.

“Of 265 reservoirs in the region, about 100 are full or almost full. They will need to discharge water before the end of this week,” Thongplew said.

He insisted that the reservoirs could not just hold the water because it was very likely that more rain would come.

“It is forecast that rain will continue throughout August,” he said.

In the northeastern province of Nong Khai, the Ban Non Yang Don Mek School will shut down between tomorrow and Friday in the face of rising floodwaters.

As of press time yesterday, the water inside the school was already 50 centimetres deep.

“After assessing the situation, I have ordered the temporary closure. The school sits in a low-lying area and floodwater will definitely rise over the next few days,” the school’s director Preecha Artharn said.

“I hope flooding will ease fast or else my crops will be ruined,” he said.

In another northeastern province, Nakhon Phanom, a bridge linking the Nong Yat and Na Kae areas has been closed to traffic because it has sustained serious flood damage.

In Chaiyaphum province, thousands of families were marooned amid metres-deep floodwaters. In Kalasin province, local residents said the ongoing inundation was the worst in three decades. In Sakon Nakhon, soldiers were busy trying to clear weeds that have clogged the Suraswadi water gate.

“We have already removed tonnes of weeds. But still, there are many more around gates two and three. Our tools cannot reach that part, and the clogged gates are unable to efficiently drain water,” Colonel Nutichart Rattanakarn said.

Meanwhile, the Office of the Prime Minister has raised its compensation for flood victims. The government has already approved payment of Bt5,000 to each affected family. The families of the 11 casualties in the floods will receive Bt50,000 each.

The government is also set to provide assistance for farmers whose land has been completely ravaged by floodwaters.

Last month, flooding hit more than 34 provinces in the country. Of them, 12 are still struggling with floodwaters.

As the rainy season continues, several Central provinces will have to watch out for overflowing waterways.

The Chao Phraya Dam in Chai Nat province is now releasing 1,400 cubic metres of water per second. Irrigation officials said the water level in the Chao Phraya River in downstream areas would increase by five to 10 centimetres. Some low-lying areas in Ayutthaya may be affected.