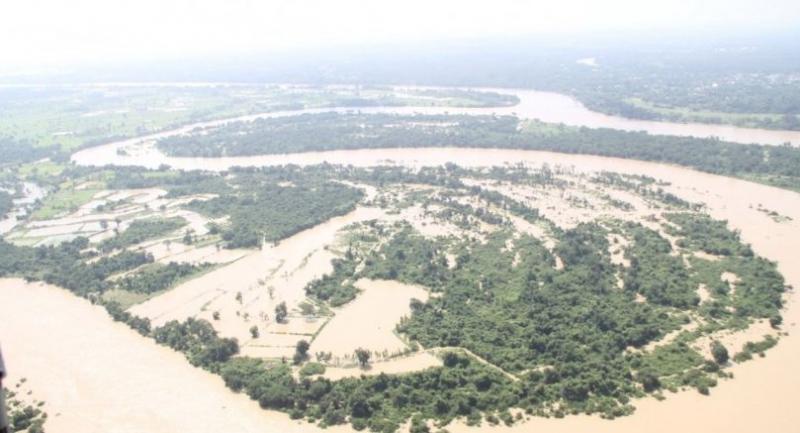 ACADEMICS AND water experts have urged water management reform in the Northeast Region after major flooding in the Chi-Mun River Basin has proven that not only did traditional water management fail to prevent floods, it actually intensified the disaster.

Tropical storm Sonca battered the Northeast last week, leaving many provinces in the region heavily flooded from the combination of heavy downpours and water discharged from dams as reservoirs were filled beyond their capacity.

Maha Sarakham University lecturer Chainarong Sretthachau posted a statement on Facebook on Saturday saying that traditional water management had not been able to prevent the floods, but instead intensified the damage and destroyed the freshwater swamp ecosystem, which played a vital part in the livelihoods of people in the Northeast.

“This disaster was because the water was discharged from Ubonrat Dam and Lam Pao Dam at the rate of up to 20 million cubic metres per day, while there are also run-of-river dams downstream, which obstructed the water drainage,” Chainarong said.

“But what really made the flood disaster more severe was the riverside embankments, which narrowed the waterways and forced water to flow faster while blocking the water from reaching the wetlands. When the embankment fails to hold back the swift water current, it will result in the devastating floods.”

He said wetland encroachment had also contributed to more intense flooding because of the elimination of floodwater retention areas.

He also warned that Ubon Ratchatani would continue to suffer from floods because the Pak Mun Dam slowed down water drainage to the Mekong River and the city encroached on a large area of wetlands, leaving the new lowland urban area prone to floods.

Chainarong urged the government to consider dam demolitions and waterway restoration to the natural state, as the dams in the Chi-Mun River Basin did not provide much benefit for irrigation, while urbanisation should be controlled to avoid more wetland encroachment.

“We should not only prioritise preserving the headwaters. The preservation of the ecosystem downstream is also important,” he said.

Prominent water expert Hannarong Yaowalers agreed that the dams were not the correct answer for modern water management and cautioned that authorities should carefully inspect the old dams nationwide to make sure that they could handle more precipitation due to climate change.

Hannarong said many dams had been built decades ago and their construction did not prepare them to store extraordinarily large quantities of water as seen during the heaviest rains in 200 years brought by Sonca, which resulted in reservoir damage in Sakon Nakhon province.

“The dams are like time bombs. Authorities should make sure that they are safe and they also have to provide real-time information to people to avoid damage to people’s properties and lives,” he said.

He added that the major flooding in the Northeast had been caused by natural factors, but it was intensified by human error, so the government must improve disaster preparation and warning systems.

Meanwhile, Sakon Nakhon resident Wichai Rattanaburi said the government had failed to warn people about flooding, leading to significant damage to property in the province.

“I want to urge the government to be sincere and open information to the people, so we can prepare for the coming disaster. Nobody in Sakon Nakhon knew that there would be a big flood, so they did not prepare for high floodwaters, because there had not been a flood in our town before,” Wichai said.

He added that he was even more upset after the Royal Irrigation Department reported that the Huai Zai Kamin Reservoir had not collapsed, when in reality it had and stored water flooded the town.

“We want the truth from authorities, not a lie,” he said.