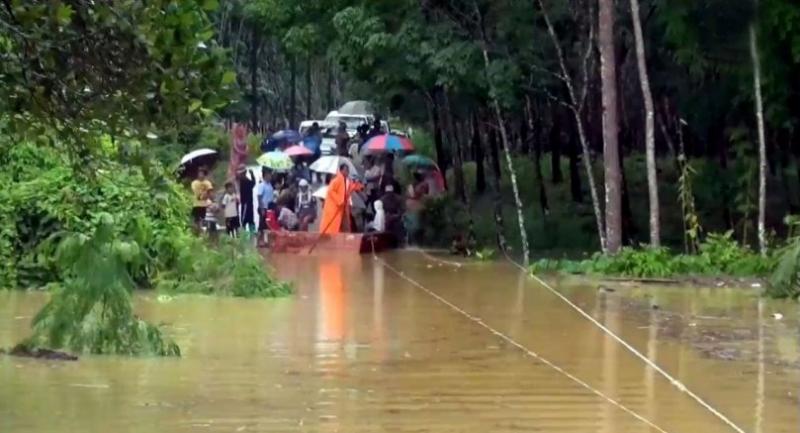 PRIME MINISTER General Prayut Chan-o-cha has urged non-government organisations (NGOs) not to criticise the government’s efforts to prevent and tackle flooding, and has instructed his deputy to open talks with related agencies on setting up the new National Office of Water Resources.

Prayut told reporters after the Cabinet meeting yesterday that he had assigned deputy Wisanu Krea-ngam to discuss with the Office of the Public Sector Development Commission and the Office of the Civil Service Commission the feasibility of setting up the new office to improve water management and ensure integrated cooperation between agencies.

“There must be a National Water Resource Committee to propel works forward … and to be in charge of initial flood prevention in all regions for 2017-2018,” the premier said.

Prayut also expressed concerns over the heavy rainfall, especially in the South, and urged people to understand the flood risk in their area and prepare themselves accordingly, although he affirmed that the government would provide post-disaster aid and implement preventive measures.

“The key thing is fast flood drainage. But can I have several canals dug to drain floodwater fast into the sea in the South? Well, I can’t because all projects face objections [from the public and NGOs],” he said.

Worasart Apaipong, director-general of the Natural Resources and Environment Ministry’s Water Resources Department, said he didn’t understand why the Office of the Auditor General (OAG) would have a problem with his department keeping aside 10 per cent of its budget for emergencies.

He said the Bureau of the Budget had previously said it was acceptable.

Worasart’s comment was made in response to the OAG’s request on August 1 for him to explain by yesterday why the agency would keep aside 10 per cent of its budget for survey and other tasks as well as projects in the upcoming fiscal year.

The OAG also asked if such an apparently unprecedented practice had been implement in the fiscal year 2017 and 2016.

Also yesterday, a five-metre-long breach of a flood barrier in Tambon Wangchik of Phichit’s Pho Prathap Chang district expanded to 10 metres, sending floodwater into eight villages downstream as well as a vast area of farmland.

The dyke in Ban Huai Tapan Moo 4 had broken on Monday afternoon and the breach doubled in size despite efforts by local officials and residents to plug it.

As of yesterday afternoon, one village in Tambon Wang Chik was under up to 80 centimetres of water and residents had to use boats for transportation.

Prematurely-harvest rice could fetch the much cheaper than usual price of Bt4,000 per tonne, but it was better than getting nothing from a wasted harvest, farmers said.