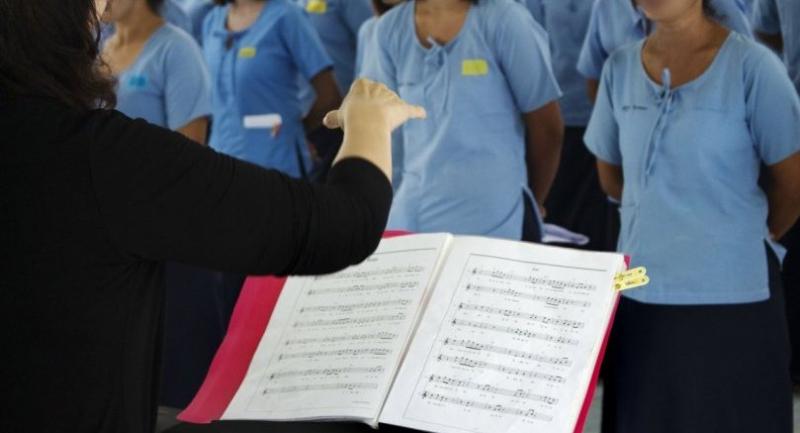 Participants from Asean observe the implementation of ‘Bangkok rules’

SENIOR PRISON staff from around Asean have been attending a Thailand Institute of Justice (TJI) training course on how to better treat female inmates.

Participants in the course went to a Thai prison last week to observe the implementation of the “Bangkok Rules” for best conduct by staff.

Maria Rose Laguyo, a Filipino participant, said the benefits of the training were clear.

“The women who have been discharged have a much better understanding of themselves,” she said. “They are able to return to their families and some manage to get jobs, although they still have to deal with the judgements of society.”

Laguyo was speaking after she inspected the Phra Nakhon Si Ayutthaya Provincial Prison, which is one of the model prisons based on the Bangkok Rules.

The Bangkok Rules – the “United Nations Rules for the Treatment of Women Prisoners and Non-Custodial Measures for Women Offenders” – are the first international rules to highlight the gender-specific needs of women prisoners. Following their adoption by the General Assembly in 2010, the international community is now faced with the challenge of putting them into practice.

They include admission procedures, healthcare, humane treatment, search procedures and guidelines relating to children who accompany their mothers to prison. The model prison offers different types of skill training facilities for female offenders, such as bread and pastry production, running a salon, playing music, and access to a library to educate them and prepare them to integrate back into society upon their release. A clinic offering health therapies such as massage, yoga and emotional treatments are also included in the facility to ensure the women’s general physical and mental health.

In line with the Bangkok Rules, they have upheld inmates’ human rights and provided help that promises to empower prisoners for their post-jail period.

TIJ seeks to promote the Bangkok Rules both inside and outside of Thailand. Its training course aims to raise public awareness about gender-related priorities as well as foster better treatment towards women and children in the criminal and juvenile justice system.

Dr Barbara Owen, a Bangkok Rules specialist, said that countries that implemented them are far more advanced than others, including the United States, in relation to human rights.

“Prisons in the United States are based on impunity and punishments, which means that they still have a lot to learn from Thailand” she said.