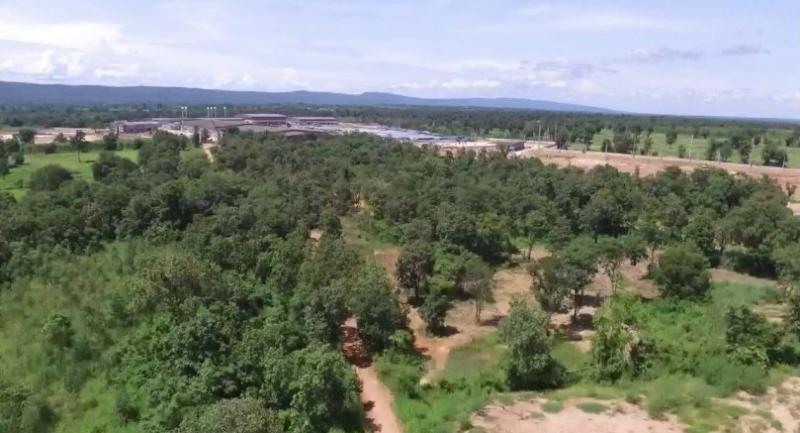 A LEASE CONTRACT linked to the giant energy drink company Red Bull for public land in a community forest in Khon Kaen’s Ubonrat district could be terminated if there is opposition, the Interior Minister said yesterday.

As the controversy over the lease of public land in Tambon Ban Dong mounted, General Anupong Paojinda yesterday said the company had legally leased the land from authorities, but he nonetheless had ordered an investigation to be completed within 15 days.

Local residents have claimed the plot is public land in a community forest that local people use and care for collectively.

Anupong said anyone could ask for the permission to lease public land from authorities, but the contract could be revoked if there was wrongdoing.

He said KTD Property’s application to lease the land had been totally legal, but added that he had ordered an investigation and officials would be punished if corruption was discovered.

“I have seen that there are many local people opposing the land lease, although the Lands Department assured us that there was no opposition against the lease, so I ordered an investigation,” Anupong said.

He added that the land was for public use, so if local people opposed the lease, it would be terminated.

Article 9 of Land Code permits private entities to lease public land from authorities for no more than five years with the condition that occupants must not damage the environment or harm public facilities. Before the contract expires, occupants must restore the land to its original state.

The law also allows provincial governors to revoke the land use permission if occupants do not follow the rules.

After visiting the land in question, Khon Kaen deputy governor Suwapong Kittipakphiboon said local people were not using the land, but the province would investigate the issue within 15 days in line with the interior minister’s order.

“First we will inspect the land to detect any encroachment and inspect whether there is any wastewater drainage to the area. If there is any wrongdoing, the contract will be terminated,” Suwapong said.

“We also have to investigate people who oppose the land lease [to determine] whether they are local people, because if they are not local people, how do they know there is a problem?”

He added that the public should complain to authorities rather than the media, because officials could help them directly.