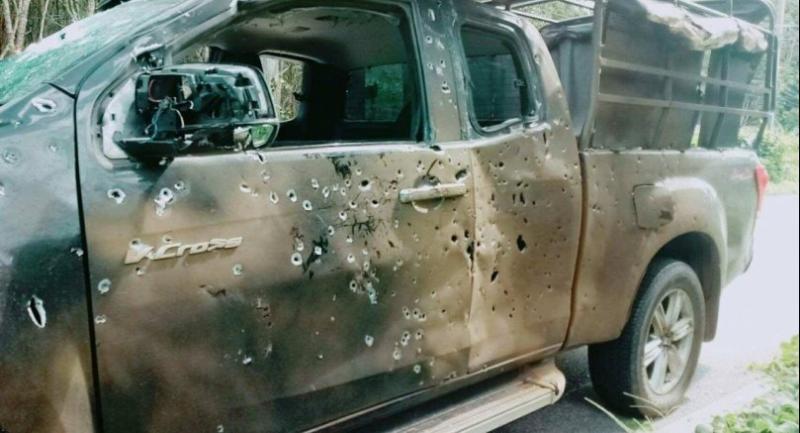 One soldier died and 20 other people were wounded, including two civilians, as suspected rebels ambushed an army patrol in Thailand's violence-stricken deep south, officials said Thursday.

The Muslim-majority region that borders Malaysia has been roiled by violence for over a decade as ethnic Malay insurgents battle the Buddhist-majority state for more autonomy.

More than 6,800 people have died -- the majority civilians -- in a conflict that grinds on far from international headlines.

The attack began early Thursday when a roadside bomb struck a vehicle carrying the army rangers in a remote village in the Yaha district of Yala province.

A second explosive was detonated half an hour later as bomb squad experts arrived to clear the scene, followed by a shootout in which suspected militants peppered the security forces with fire.

The attack comes as the Thai junta holds talks with an umbrella group claiming to represent the rebels to set up 'safety zones' in the south as a form of limited ceasefire in a conflict that has seared through the region since 2004.

But experts say the main faction with command and control over the insurgents is not committed to the talks with Thailand's military leaders, who seized power in 2014.

The shadowy Barisan Revolusi Nasional (BRN) is believed to be behind most of the violence in the region, although it never claims attacks and shuns publicity.