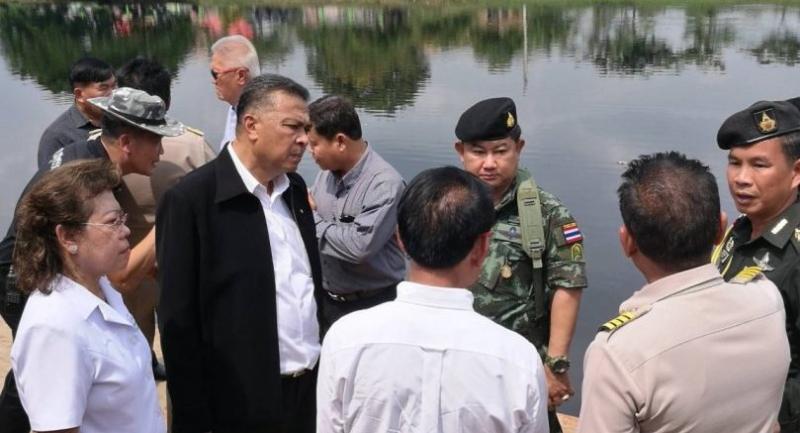 AN ETHANOL plant has been hit with a 45-day closure order over a serious water pollution problem that has ravaged part of Suphan Buri province.

“Along with the temporary closure of the plant, we have declared Tambon Nong Makha Mong in the province’s Dan Chang district a disaster area,” Deputy Suphan Buri Governor Pipop Boontham said yesterday.

More than 600 families are affected as well as local farmland.

Many fish have been killed by the polluted waterways.

According to a popular Facebook page, “queentogetherisone”, the wastewater treatment pond at the ethanol plant overflowed at about 3am on Sunday.

The post said the wastewater from the pond had flooded several villages, damaging residents’ belongings, sugarcane plantations and rice fields. Pollution Control Department director-general Sunee Piyapanpong said she had already assigned a team to collect wastewater samples from the ethanol plant and polluted floodwaters from the affected area.

“Preliminary results should come out within one day,” she said. “Detailed analyses of the samples will take at least one week.”

Pipop said the authorities would find out who should be held responsible.

“We are now surveying the damage and setting up a centre to help affected people,” he said.