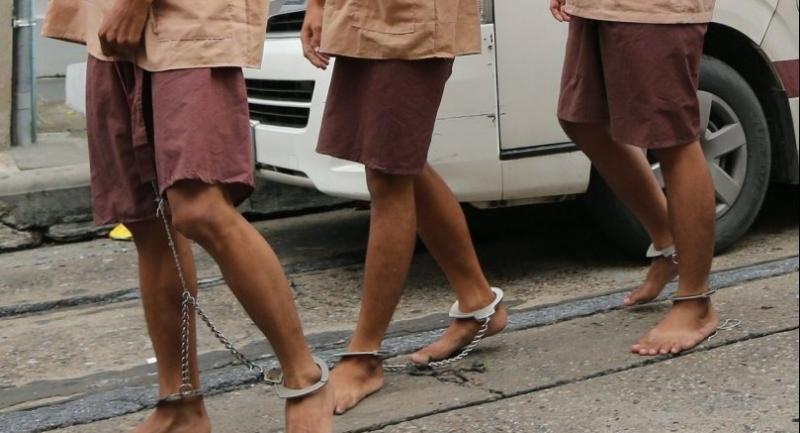 AS MANY as 447 convicts are now on death row in Thailand, which is reviewing the use of death penalty.

“We have started with the move to allow judges to exercise their judgement to decide whether a convict should be sentenced to death or life imprisonment – instead of prescribing death sentence as the only penalty for certain offences,” the Rights and Liberties Protection Department’s director-general, Pitikan Sithidej, said yesterday.

She added that, in the next phase, the country might consider abolishing the death penalty for crimes that do not affect the lives of others.

Pitikan was speaking at an event held to mark the World Day against the Death Penalty, which is observed on October 10.

Thai laws now prescribe the death sentence for those convicted in 63 offences, including drug offences.

Of the 447 convicts on death row, 157 have already been condemned through final court rulings. Of these 157, 68 were found guilty of drug-related crimes.

A foreign speaker at the same event said there was no international consensus that drug offences were crimes against human lives.

“It should also be noted that there is a difference between serious legal enforcement and the use of harsh punishments,” he explained.

Both Pitikan and Colin Josef Steinbach, the first counsellor (political, press and information) of the European Union delegation to Thailand, said at the same forum that there was no clear evidence that the death sentence could reduce crimes.

“The end of death penalty is not about encouraging crimes; it’s about cancelling unreasonable types of punishment,” Pitikan said.

Of 198 countries, 141 have already abandoned the use of death sentences.

According to Pitikan, Thailand started implementing the death penalty in 1935. From that year until 2009, 325 convicts were executed. Initially, death-row convicts faced firing squads, but lethal injections have been used in recent times.

However, in line with international trends, Thailand has not carried out any execution since August 2009.

The country is expected to eventually abandon the death penalty altogether.

One foreign speaker at yesterday’s event believed better technologies and greater budgets would be better able to deter crimes than the death penalty or life imprisonment.