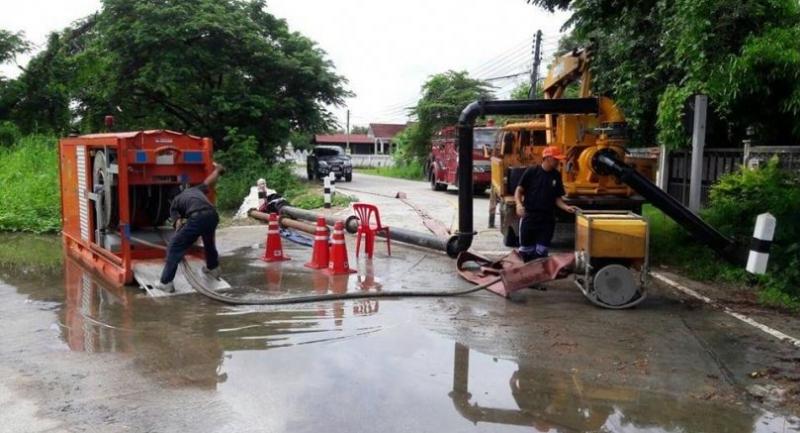 Nineteen provinces are struggling with flooding and 113,501 families have been affected, the Disaster Prevention and Mitigation Department said on Friday amid a litany of grim statistics.

Department director-general Chayapol Thitisak reported that, from October 10 until Thursday, 78 districts in 23 provinces had been flooded, affecting 125,116 households – an estimated 324,962 people.

Chayapol was quoted by the National News Bureau as saying 67 districts in 19 provinces were currently dealing with floodwaters, with 113,497 households or 296,380 people affected, including 20 families that had been driven from their homes.

Chayapol said his department was working with provincial authorities and other related agencies to provide aid and drain off floodwater.

People in need or in danger can call the hotline 1784 at any time.

In Nonthaburi, meanwhile, the possibility of flooding has prompted the municipality of Nakhon Nonthaburi to cancel its annual Loy Krathong festivities and traditional boat races, VoiceTV reported on Thursday.

The popular event usually held at Nonthaburi Pier was cancelled amid fears the Chao Phraya River would rise further, the municipality’s Facebook page advised on Wednesday.

The pier is already awash with downstream current and the seasonal inflow of seawater, and pumps have been installed in preparation for worse.