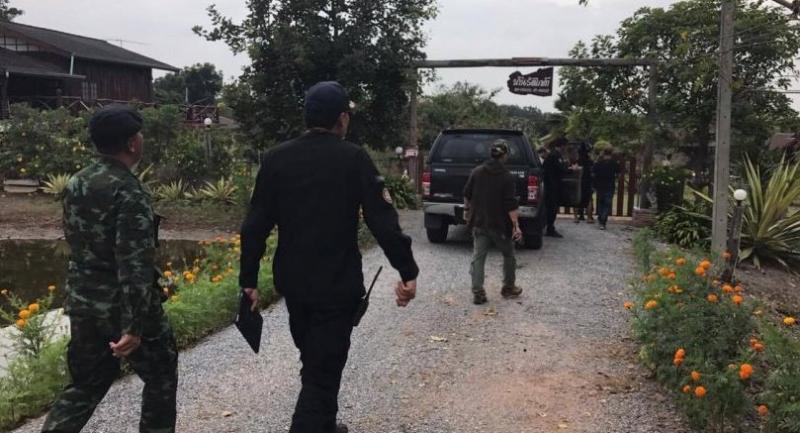 As the investigation into smuggled rosewood expands, Forest Protecting Operation Centre (FPOC) law enforcement officials have found that a resort in a popular tourist attraction in the Wang Nam Khiao of in Nakhon Ratchasima province is involved.

The transnational network being investigated for logging Siamese rosewood is believed to be the largest of its kind in Thailand.

One of three loggers previously arrested last Saturday has reportedly confessed that the gang used the resort to plan its operations. The resort belongs to an unnamed former senior police officer, who claimed that the 12-rai (1.9-hectare) plot was under an Agricultural Land Reform designation.

Typically, land under the designation is distributed by the Agriculteral Land Reform Office (ALRO) to landless farmers. However, ALRO informed FPOC officials that the land’s status was still under review and it had not been allocated to anyone.

Athapol Charoenshunsa, FPOC director and deputy chief of the Royal Forestry Department, said the centre had been coordinating with relevant agencies to crack down on the illegal logging. Illicit assets linked to the operation would be seized by Anti-Money Laundering Office, he added.

The centre’s Phayak Prai taskforce last Saturday teamed up with Thap Lan National Park rangers to track illegal-logging moves by the gang’s members at the Sakaerat Environmental Research Station in Nakhon Ratchasima province, where two age-old Phayung trees had been cut down and sawed into pieces, pending transportation. The park’s Central Network Anti-Poaching System (NCAPS) cameras were able to capture the gang returning to the site to transport the logs. The officials then showed up to make arrests, before some gang members fired at the officials and damaged their vehicles with gunshots.

Three people were arrested at the scene, and at least two vehicles were seized as a result.

The centre on Tuesday directed the forces, which included the Phayak Prai task force, officers from the Royal Thai Police and the natural resources and crime suppression division, and the military from the Internal Security Operations Command, to expand the investigation following the seizure of the vehicles.

They learned that one of the cars had a fake licence plate, whereupon the officials went to check a car rental tent, from which one of the vehicles had reportedly been bought. They also found that the tent was operating in violation of the Consumer Protection Act.

Athapol said that based on the centre’s initial investigation, the criminal ring was probably the largest illegal Phayung logging gang in the country. It is transnational, with several known criminals involved, he added.

“This crime case is very critical as a number of criminals have records related to similar Phayung [Siamese rosewood] logging cases. Despite their criminal records, they did not show fear, but repeated their crimes. They even shot at officials,” Athapol said.

Seventeen other gang members, including Vietnamese nationals, had faced arrest warrants issued against them, two of whom were apprehended yesterday. The police yesterday also issued three more of the arrest warrents, rasing the number of criminals involved to 23.

Siamese rosewood has been extensively cut down from Thai forests in recent years, from the Northeast to the eastern forests of the World Heritage Site of Dong Phayayen-Khao Yai Forest Complex, of which Thap Lan National Park is a part. The surge in demand is partly driven by large-scale consumption of the wood in countries like China, where it is used for household furniture and decoration, as many people believe it is a wood that brings good luck and prosperity. In recent years, foreign nationals have been found to be involved in illegal logging activities, prompting officials to step up their suppression efforts with the help of technology such as the NCAPS.