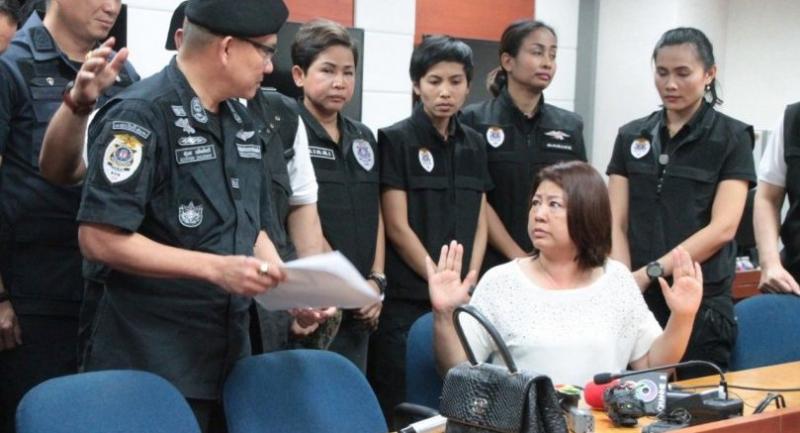 A Myanmar woman has been arrested in Thailand for allegedly laundering money for drug traffickers.

“We found that her bank accounts have had a cash flow of more than Bt10 billion a year during the past decade,” Narcotics Suppression Bureau (NSB) chief Lt-General Sommai Kongwisaisuk told a press conference yesterday.

He identified the suspect as Nan Mying Thein Aye, 41. “Evidence suggests she used jewellery shops and hotels both on the Thai and Myanmar sides as fronts,” he said.

However, Nan Mying Thein Aye denied any wrongdoing, telling Thai authorities that she had operated currency exchange shops in Thailand and Myanmar.

“Each day, my bank accounts have had a cash flow of between Bt1 million and Bt2 million,” she said.

She added that she had never been involved in illicit drugs and could not understand why she had been arrested.

“Our investigation suggests she might have transferred illicit money belonging to drug traffickers from Thailand to Myanmar,” he said. Tanai said investigators had pored over data that traced back several years.

“She has also had links to Fong Pathummanee, or ‘Je Fong’,” he said, referring to a notorious drug trafficker.

Fong had fled to a “neighbouring country” because she was wanted in Thailand, he said.