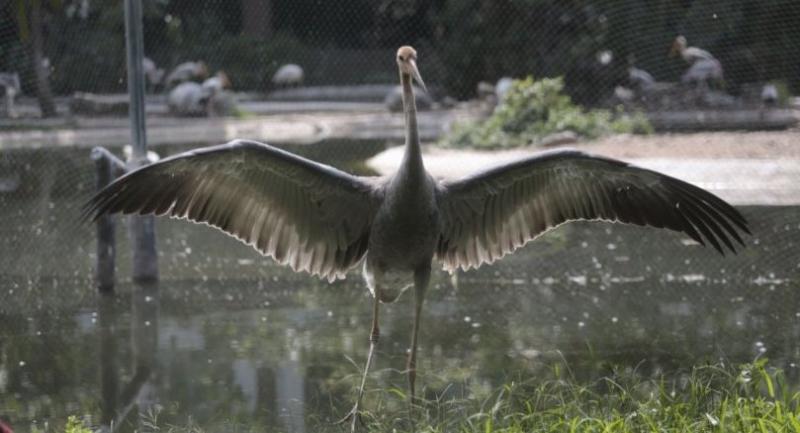 The AGENCIES in charge of Dusit Zoo in Bangkok yesterday confirmed that there is a plan to move the zoo to another site in Pathum Thani province, but refused to divulge details or make any comments.

His Majesty King Maha Vajiralongkorn on Thursday granted the deed for 300-rai plot in the Klong Hok area of Pathum Thani’s Thanya Buri district, to be used for the new zoo and the new head office of the Zoological Organisation of Thailand.

Natural Resources and Environment Minister General Surasak Karnjanarat received the deed from HM the King during an audience granted to Prime Minister General Prayut Chan-o-cha and senior government officials at the Amporn Sathan Hall inside Dusit Palace. HM the King handed out nine land title deeds to the attending officials.

Dusit Zoo is the nation’s oldest zoo and has always been a major attraction for Bangkok residents, young and old.

Pralong confirmed the existence of the plan, but said it was an internal matter of Zoological Park Organisation, a state enterprise, and the ministry could not discuss it.

Benjapol also refused to discuss the plan and told the media to wait for official confirmation. “This issue is still not in the news. We just received the land,” said Benjapol.

“We will disclose [our plans] to reporters at an official press conference soon, if there is authorisation to publicise it. But I am not going to talk about this issue now, because there are many stakeholders involved,” he told The Nation. It has been reported that all animals in Dusit Zoo would be moved to the new zoo by 2019 at the earliest, because Dusit Zoo is too small for the increasing number of visitors.

Dusit Zoo is situated on the former site of Dusit Park, which was built during the reign of King Rama V in 1895 on the area of Dusit Palace.

After the Siamese Revolution in 1932, the government under the administration of Field Marshal Plaek Phibunsongkhram asked the Royal Family to officially open the park to the public and a petition to that affect was approved by King Rama VIII.

In the early years following the opening of the park to the public, the Bangkok Administration at that time moved many animals to the park. The need for a proper home for the creatures was recognised and so Dusit Zoo was officially opened on March 13, 1938.

Dusit Zoo now covers an area of 118 rai (18.88 hectares) and has around 1,600 animals, including wild animals from both Thailand and other parts of the world. Around 2.5 million people visit the zoo annually.

Meanwhile, His Majesty the King also granted eight other plots of land to be used by government agencies as follows:

nPrayut was granted an audience to receive a land title deed for a plot of 79 rai, 2 ngarn, and 60.7 square wah in Bangkok’s Wang Thong Lang district for the Royal Thai Army to build a museum on valuable trees.

nChukiart Malineerat, director the National Intelligence Agency, received a land title deed for a plot inside the Parutsakawan Palace of 9 rai and 26.5 square wah for use as NIA head office.

nArmy Commander-in-Chief General Chalermchai Sitthisart received a land title deed for a plot at the Parutsakawan Palace of 4 rai, 3 ngarn, and 1.5 square wah for use as the command office of the First Division Royal Guards.

nMetropolitan Police Bureau commissioner Pol Lt-General Charnthep Sesavej received a land title deed for a plot at the Parutsakawan Palace of 19 rai, 2 ngarn and 52 square wah for use as the head office of the bureau.

nPolice Commissioner General Pol General Chakthip Chaijinda received a land title deed for a plot at the Naresuan base in Phetchaburi’s Cha-am district of 584 rai, 2 ngarn and 99.5 square wah for use as an office of the Border Patrol Police.

nPol Maj-General Praphan Chan-aim, acting Border Patrol Police commander, received a deed for a plot at the Phra Ram VI base in Phetchaburi’s Cha-am district of 1,244 rai and 24.2 square wah for use as an office of the Border Patrol Police and a Museum about King Rama VI.

nInterior Minister General Anupong Paochinda received a deed for a plot in the Sanam Chan Palace in Nakhon Pathom’s Muang district of 148 rai, 2 ngarn and 88.8 square wah for use as an office of the Interior Ministry and a museum about King Rama VI.