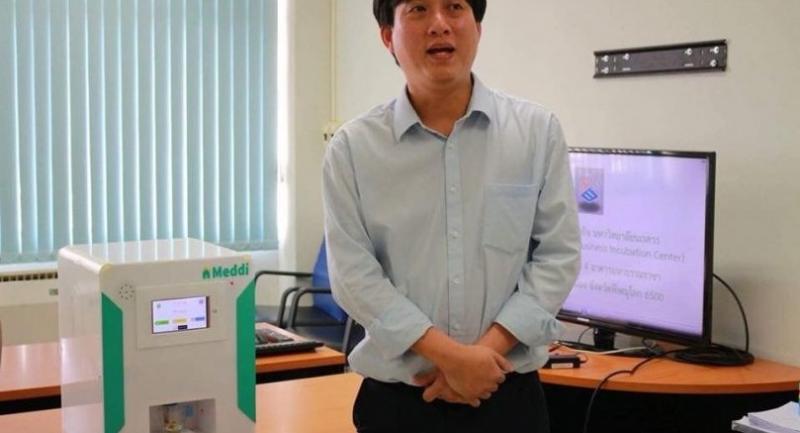 A lecturer and senior students at Phitsanulok’s Naresuan University have invented an automatic medicine-dispensing device for use at home that promises to make life easier for elderly persons with chronic illnesses. The device can be programmed via a phone application to dispense different types of medicine at different times in specific doses.

Sumet believes it will be particularly helpful to people who are forgetful.

Up to eight containers for different types of medicine can be attached and the timer can be set for up to three individuals.

When medicine is dispensed, the machine emits a sound and visual alert.

The inventors plan further improvements to make it more efficient.

Sumet said the Meddi, for which a patent is pending, cost only Bt12,000 to make, far less than the Bt30,000-Bt40,000 cost of imported devices with similar functions.

As the “NU SmartBoy” team, the lecturer and students entered the Meddi in a Digital Economy Promotion Agency competition earlier this year and won the Young Innovator Award, earning Bt300,000 in cash and a five-day trip to Singapore.