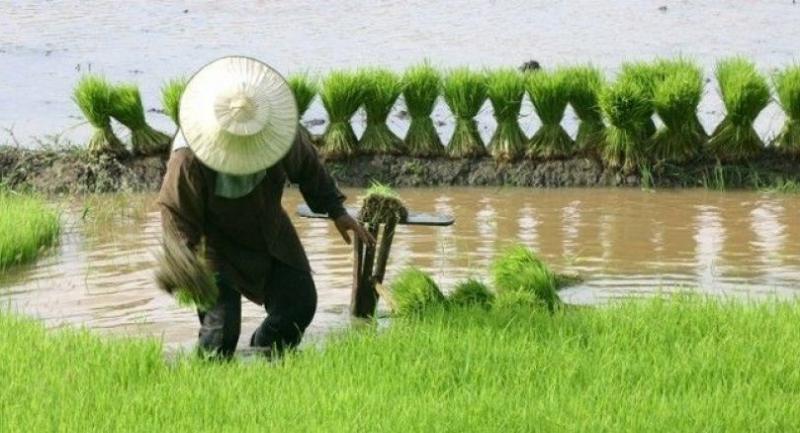 THE GOVERNMENT has been trying to promote its large-plantation policy since last year with the ambitious goal of bringing farmers out of the “middle-income trap” by 2021. But farmer groups cannot help but wonder whether the policy has really increased their bargaining power.

“When I go to rice mills, I still feel powerless,” the manager of a large rice plantation in Khon Kaen province said on condition of anonymity recently.

Under the large-plantation policy, the government does not push farmers into working on the same plots of land. Rather, a shared management system is promoted that the government believes will help farmers lower their costs and boost their productivity.

Sombat Laksanawilai, a farmer and a large rice plantation manager in Nonthaburi’s Sai Noi district, said it was not easy to bring farmers together and direct them towards the same guidelines or practices.

“Members of my group still grow various rice varieties,” he said. “And when it comes to the purchase of production materials, they are prone to stick to shops they are familiar with.”

He also said rice farmers were not free to sell their produce to rice mills or dealers because most of them were indebted to specific middlemen.

Although his group has attracted many rice farmers, Sombat said they had not agreed to sow and harvest at the same time.

Sanan Ponsri, manager of several large plantations in Nakhon Pathom’s Buddhamondhol district, said bringing farmers into the same group alone would not deliver any benefits. In his opinion, the government should focus on farmers’ problems and introduce solutions in the form of knowledge, technological tools and marketing support.

For example, he said he believed that orchid and vegetable farmers had few problems. “But if the government is keen to help, it should recommend lotus varieties that will help lotus growers differentiate their produce and claim a better price,” he added. Asked about rice, Sanan said the government had arranged for him to meet with rice-mill representatives twice but he did not really get anything from those meetings.

“It’s like they came to meet me just because the government asked them to,” Sanan said. “I don’t think I have the power to negotiate anything. I felt like I’m walking towards a gas chamber when walking to the meeting room.”

He also said that while rice-mill representatives agreed to offer a better price than the market price at the meetings, they would later use certain criteria

about paddies to lower the prices when actual purchases occurred.

“It is also not practical if the government will match our plantation with a rice mill that is about 50 or 60 kilometres away. We have to think about transportation costs too,” he said.

In his opinion, applications that the government tries to promote will not work in farmers’ real lives.

“To tell the truth, these farmers are old people. They are not familiar with technology,” he said.

Sanan added that he did see some good things about the large-plantation policy. “At least farmers talk more and share their experiences. They learn more about tips to lower their production costs,” he said. Pongthep Akratanakul, who heads Kasetsart University’s Centre of Excellence on Agricultural Biotechnology, said he approved of the government’s large-plantation policy.

“At the very least, it should help raise farmers’ incomes and quality of life,” he said.

The government should now try to engage the private sector and universities in the implementation of the policy, he added.

“The policy will be useful when it’s not just asking rice mills to raise paddy prices a bit. We should focus on better quality and productivity,” he said.

For example, he said, paddy fields in various regions had different soil and weather conditions and researchers could help find and recommend the best rice varieties for each area.

“Look at jasmine rice from the northeastern province of Surin. It can fetch up to Bt300 per kilo,” he said. In the market, each kilo of rice earns the farmer between Bt10 and Bt15 only.

Assoc Professor Dr Somporn Isvilanonda, a senior academic at the Knowledge Network Institute of Thailand, said at a recent seminar that the government should take more tangible steps in driving its large-plantation policy so that participating farmers could lower their production costs, boost their yields and get better prices.

“For example, we can encourage rice farmers to go organic. That’s a way to increase their produce value and income,” he said.

The Agriculture Ministry has announced that it will actively drive farmers towards its “Agriculture 4.0” policy over the next four years.