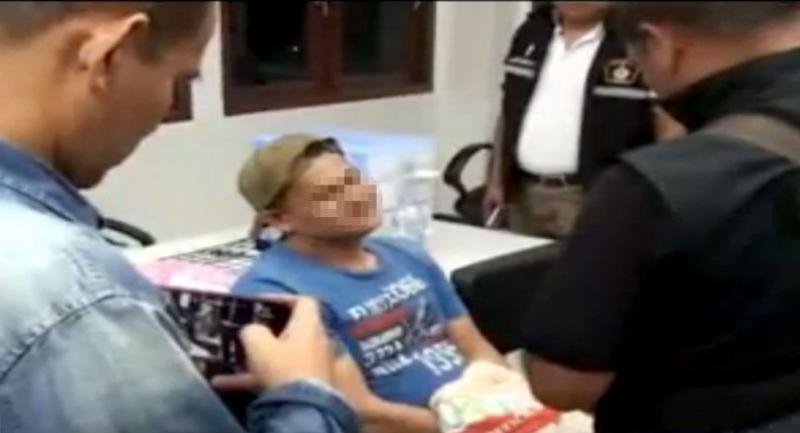 THE SUPERVISOR of a police lieutenant who is accused of staging the robbery of a gold outlet has recommended the officer’s dismissal unless an investigation clears his name.

Nong Chik Police Station superintendent Colonel Thompong Petchpirun made the recommendation after learning that his 37-year-old subordinate, Pol Lieutenant Meechai Chorsom, was implicated in the robbery.

“The robbery took place at a time when he was taking leave to visit his family,” Thompong said yesterday.

He said Meechai was usually polite and quiet and a good worker. “I don’t know what has gone wrong,” Thompong said.

Meechai, a deputy inspector at Pattani province’s Nong Chik Police Station, was detained as soon as he reported to work at the police station on Friday night. He has been charged with robbing a gold shop in Nakhon Si Thammarat’s Thung Yai district last Wednesday.

Thung Yai police used CCTV footage to seek an arrest warrant for Meechai. The robber made off with 20-baht weight of gold necklaces worth about Bt400,000.

A source from the investigation team said police had tracked down the owner of a motorcycle used in the robbery, who told police that Meechai had borrowed his motorcycle and returned it to him a few days ago.

After the arrest, police escorted Meechai to his house where clothes and a cap allegedly used in the robbery were found.

Meechai was interrogated for more than five hours before being transferred from the station.

“At this point, I have set up three committees already,” he said.

The first committee would investigate Meechai’s alleged criminal offences, Piyawat said. If he is found guilty, Meechai will be sacked, although technically it is possible that he could still receive his pension.

The second committee will check whether the gun used in the robbery was issued by a state agency and if it had been reported as missing.

The third committee, meanwhile, will determine whether Meechai’s supervisor should also be held responsible for negligence in relation to the case.