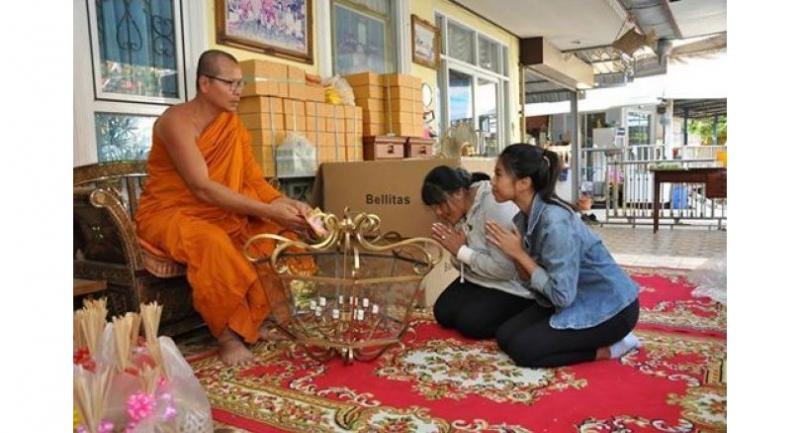 By Mongkol Sawangsri
The Nation

A 57-year-old Thai woman whose hard life took an instant turn when she and her daughter inherited immense wealth earlier this year from her deceased American mother-in-law aims to return to Thailand to live permanently in her hometown of Suphan Buri and set up a business in Kanchanaburi.

The couple met decades ago while Prakong was working at a Bangkok salon, and they moved together to Hawaii.

Left with just $US100 (Bt3,270) in pocket, Prakong had to get food from a church to feed her daughter. She later invested US$2,000 in assistance money from the US government to import carved wooden products from Thailand to sell. Eventually, she managed to open a Thai restaurant in Hawaii.

After graduating from high school, Erica decided not to go to college and instead helped her mother manage their restaurant. It was only earlier this year that they learned from her deceased husband’s family lawyer that her late Californian mother-in-law, Dextra Baldwin Gibson, who passed away in 2010, had left Erica bonds and stocks worth Bt1 billion.

The mother and daughter are now visiting Thailand to start a mineral water business in Kanchanaburi and make merit at various places.

Saying she was a granddaughter of the late Suan “Sua Mahesuan” Periwong – one of the four legendary “Thai Robin Hood” outlaws just after World War II – Prakong said she would live her life as normal despite her enormous fortune. She said she would treat all people equally, as she had learned from life experience not to look down on anyone.

Asked about her previous hardship in life, Prakong said she was taught by her grandparents to keep fighting and to be good to others before expecting others to be good to her.

She said she planned to return to stay in Suphan Buri permanently. She revealed that she would make merit at the temple again on December 29 and that other people are invited to join her.

She also said she planned to buy a live elephant to donate to the temple as to fulfill her previous prayer to the supernatural being Porphu Reusi Tafai. The temple used to have an elephant which she had ride when she was a small girl.