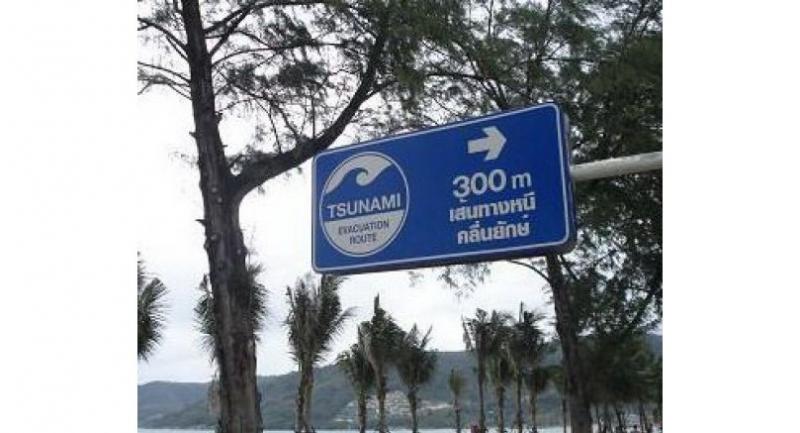 LOCAL PEOPLE raised concerns about the lack of preparation for tsunami evacuations and regular maintenance of warning systems and evacuation facilities on the eve of the 13th anniversary of the Indian Ocean tsunami yesterday.

Maitree Jongkraijug, a community leader in Ban Namkem in Phang Nga’s Tukua Pa district, said besides his community, there were few communities that arranged regular tsunami evacuation drills, expressing worry that the lack of preparation would endanger people if another tsunami hits Thailand’s Andaman Coast.

Ban Namkem was one of the areas that suffered the greatest loss of life in Thailand when the destructive tidal wave hit six provinces on the Andaman Coast on December 26, 2004.

“Authorities should encourage regular tsunami evacuation drills in at-risk areas every year. As we have seen, when the threat of tsunamis is not a public concern they often overlook the importance of the preparation,” Maitree said.

“I remember that on the 10th anniversary of the 2004 tsunami, there was a lot of public attention on tsunami preparations and authorities were very keen to repair tsunami warning systems and evacuation signs and facilities. But as the public attention faded, we do not know anymore if these facilities are still ready to use.”

He said more than 1,000 people in three villages of Ban Namkem were participating in the evacuation drills every year and each time the people were active in the drill. Sometimes the community performed a surprise drill in the very early hours of the morning, but everyone was still ready, he added.

He also said that since 2010, the community had arranged the drill themselves and only relied on a budget from authorities.

“We need to be prepared, but not panic about a tsunami,” Maitree said.

Meanwhile, Disaster Prevention and Mitigation Centre Region 18 director Mahama Peesakri Wamae said authorities were aware of the importance of the tsunami preparations, especially in tsunami-prone areas in the Andaman provinces.

“Our centre just had tsunami warning systems repaired last month in nearly all areas of five provinces under our jurisdiction to make sure that they are ready to use all the time, while the centre also already ordered the Disaster Prevention and Mitigation Office in each province to regularly maintain evacuation facilities,” Mahama said.

He responded to worries about irregular tsunami evacuation drills, saying that the centre also encouraged preparedness on how to stay safe in the event of a tsunami. He also said there would be a big tsunami evacuation drill this February hosted by the Disaster Prevention and Mitigation in Phang Nga to promote preparedness among the local people and business operators.