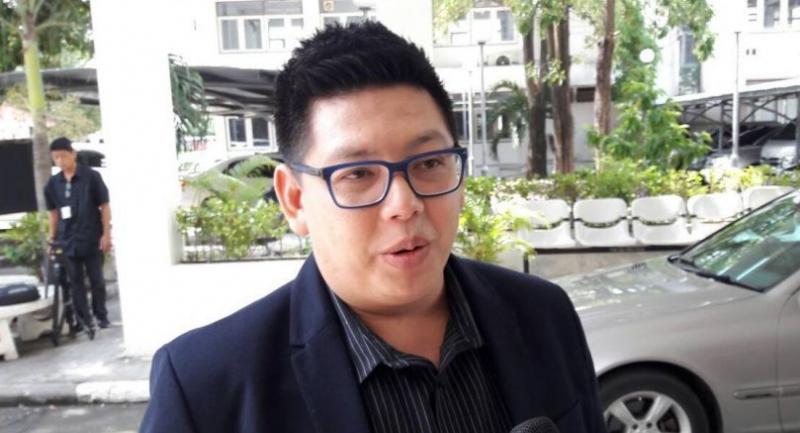 ONG-ART Thamnitha, the former spokesman for the Pathum Thani-based Dhammakaya Temple, was indicted yesterday on a charge of inciting public unrest in violation of the Criminal Code Section 116 as outlined in a complaint filed by the Department of Special Investigation (DSI) earlier this year.

Bangkok’s Ratchadapisek Criminal Court granted the 35-year-old Ong-art release on bail with the condition that he does not leave the country without the court’s permission after his lawyer posted a Bt400,000 cash deposit.

Ong-art also faces charges over allegedly false and libellous public comments made last December about the DSI, the agency that had been hunting for temple founder and former abbot Phra Dhammachayo in a high-profile money-laundering case. The former abbot remains at large.

The DSI said after the agency met officials to plan the arrest of Phra Dhammachayo, Ong-art made a public speech asserting that the DSI-led operation would lead to violence between officials and the temple.

The claim resulted in people perceiving officials in a negative light with a violent intent and as bullying the temple, with officials concerned that negative sentiments could lead to unrest, the DSI said.

The DSI’s case also said Ong-art had accused authorities of unfair treatment of the temple, including the suspension of the Dhammakaya Media Channel satellite TV broadcast.

Ong-art denied the accusation and said he would fight the charges in court, with an evidence review session to be held on February 26.

On April 25, prosecutors indicted the temple’s communications director, Phra Sanitwong Charoenrattawong (Wutthiwangso), 45, over charges of inciting public unrest in violation of the Criminal Code Section 116, libel in advertisements and posting false information on a computer over comments made from February 22 to 24.

The court will hear the case in June, while Phra Sanitwong has been released on Bt400,000 bail.