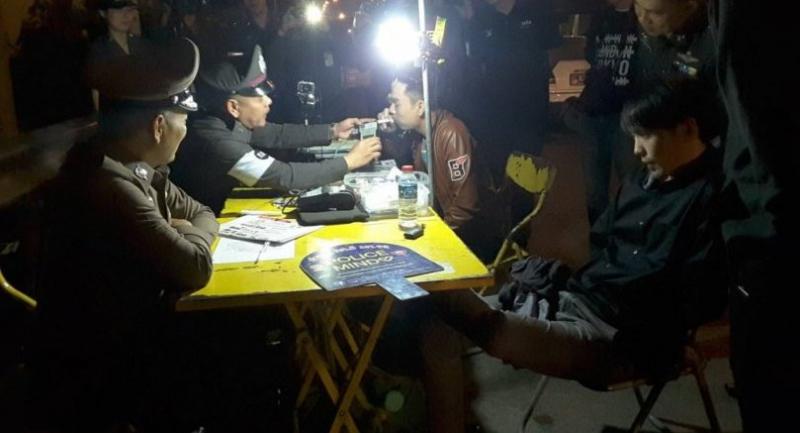 With highways and roads congested with holidaymakers heading upcountry for the New Year celebrations, senior police officers instructed subordinates to get tough on drunk drivers – which were said to be a key contributor to road accidents.

Deputy national police chief Pol General Srivara Rangsipramanakul, during his inspection of police checkpoints and other road safety measures in Sara Buri’s Khaeng Koi district on Thursday night, warned that if drunk drivers were found within a one-kilometre radius of a police checkpoint, the officers staffing that checkpoint would also be punished. On the same night, deputy national police chief Pol General Weerachai Songmetta inspected police preparedness at a checkpoint on Vibhavadi-Rangsit Road in Bangkok. He also observed officers handling an unnamed 26-year-old suspected drunk driver who refused to undergo a breathalyser test – for which a new rule allows police to assume that those drivers refusing the test are drunk and to lay a drunk-driving charge against them. A police search of the man’s car found a half-empty bottle of whiskey, leading police to file three charges against the man – resisting an on-duty officer’s order, drunk driving and failing to carry a car registration document.