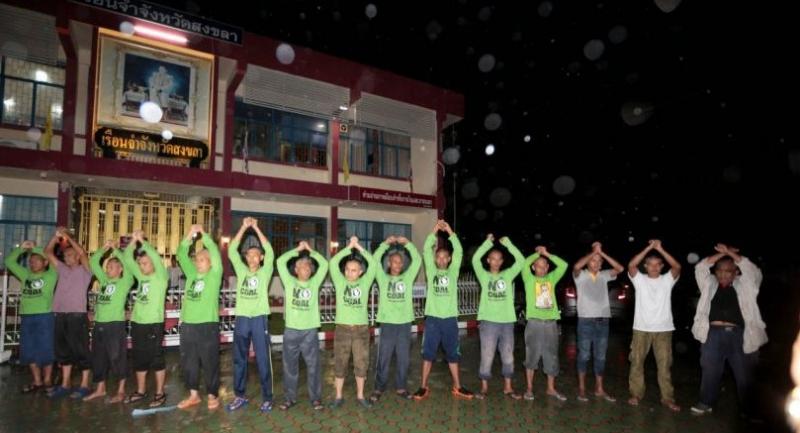 THE 16 prominent activists who were arrested over the Thepa coal-fired power plant protest now face another allegation of violating the Public Gathering Act, according to their lawyer.

Sor Rattanamanee said that the police will officially notify the defendants of this new allegation of violating the Public Gathering Act on Wednesday. There will also be a gathering in front of Songkhla Provincial Court on that date to campaign against the prosecution on the activists.

On November 27, the police cracked down on protesters who were marching to the venue of a mobile Cabinet meeting with the intention of meeting Prime Minister Prayut Chan-o-Cha.

Sixteen activists were arrested over allegations of blocking traffic, marching on a public highway, fighting with police officers and carrying weapons in public.

“We disagree with this new allegation by the police, because a violation of the Public Gathering Act can be detected at once,” Sor Rattanamanee said. She said the charges should have been filed then.

She also said that the protesters had notified the police before they undertook their march and that police had cracked down on the demonstration before a court notice to disband the protest arrived. For this reason, the new charge was unlawful, she said.

“Right now we are waiting on the police to submit the case to the court and they will have a deadline on January 14, or the court will have no right to detain the arrested activists any more,” she said.

All arrested activists are currently considered as being under court detention, despite the fact that they have been temporarily released on bail. However, their detention period can last for only 48 days after their arrests. If this period is over before the case is sent to court, the court will have no option but to return the guarantee money and release them.