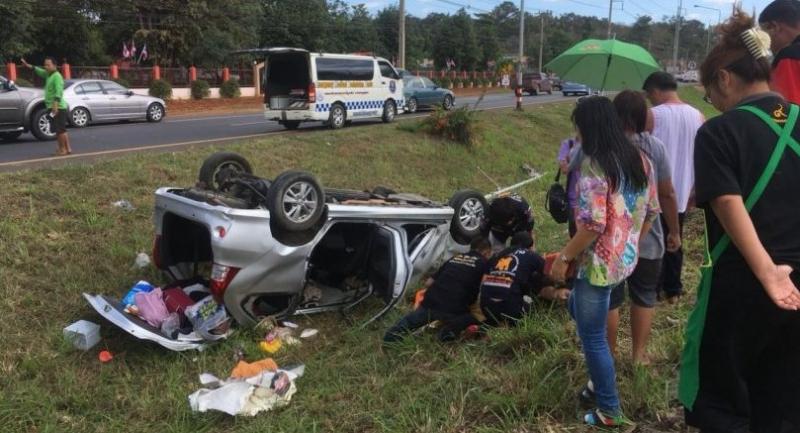 THE SEVEN-DAY road safety-monitoring period ended with what was considered a success as the accident count reduced by 2 per cent and the death rate decreased by 11.5 per cent.

Deputy Interior Minister Sutee Markboon said yesterday during a press conference at the Disaster Prevention and Mitigation Department that the New Year holidays ended on Wednesday with 423 deaths and 4,005 injuries from 3,841 accidents, which were lower than the last year’s figures. On the final day of the monitoring period on Wednesday, 386 accidents occurred, killing 40 people and injuring 402 others, Sutee said.

He thanked stakeholders, particularly officers, who had worked hard on road safety promotion and strictly enforced the law, which he said resulted in reducing accidents and the death rate by 2 and 11.5 per cent respectively. However, Sirichan said the higher arrest rate contributed to behavioural adjustment and encouraged drivers to be more careful and respect traffic laws when they were behind the wheel. She also added that 245,356 people had been prosecuted for driving dangerously, 141,327 of whom were on motorcycles and the other 104,209 in cars.

Officers temporarily seized 6,326 vehicles, of which 4,823 were motorcycles and 1,503 were cars. A total of 38,190 driving licences were also confiscated.

However, Thanapong said officers could further improve their performance in preventing accidents by increasing the penalty for dangerous driving, especially drunk driving.

“We have found that the arrest rate for drunk driving case has risen by 49 per cent, which made the roads safer,” he said.

However, he cited a poll finding that 74 per

cent of respondents had said they had seen drunk people driving, so the problem remained serious.