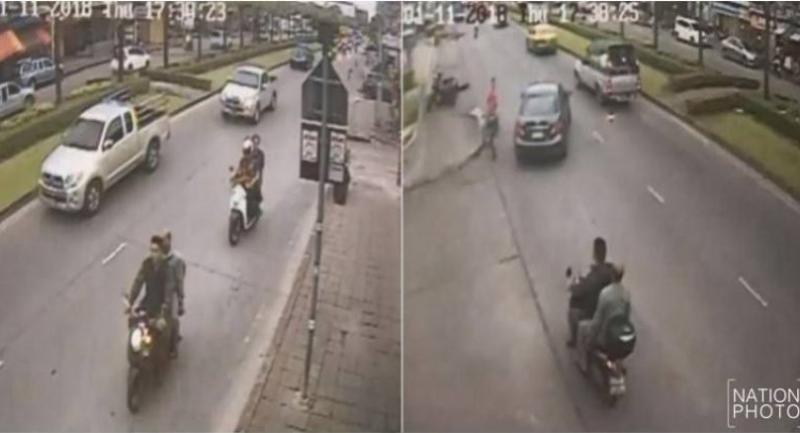 Metropolitan Police Area 3 chief Pol Maj-General Somneuk Noikhong would not confirm on Tuesday if a suspect who forced an Indian businessman at gunpoint to withdraw Bt200,000 from an ATM in Bangkok’s Soi Ram-Indra 109 last Thursday evening was a soldier, as had previously been speculated.

However, Somneuk said the police investigation was 90-per-cent complete and officers would apply for an arrest warrant for the suspect later on Tuesday.

On Thursday, Rama Yador, a 47-year-old businessman of Indian origin, was robbed by a man wearing a uniform that resembled that of a soldier.

Yador works in the garment industry, has lived in Thailand for three decades, is married to a Thai woman and reportedly has Thai nationality.

He told police that an armed man who claimed to be a soldier broke into his home in Khlong Sam Wa district and accused him of being a loan shark.

The man then told Yador that he had to see his boss and made him ride pillion on his motorcycle. The suspect then forced Yador to make two cash withdrawals from an ATM machine for Bt17,600 and then Bt180,000 before fleeing with an additional Bt11,500 in cash and Yador’s two cell phones.

The case led to public speculation that the suspect might be a military officer guarding the residence of a deputy prime minister, which Somneuk denied on Saturday.

A police source on Sunday said the suspect was a former conscript from Kanchanaburi who had left the Armed Forces in 2013 but still commonly wore military uniforms.

The suspect had committed similar crimes on various occasions before and was wanted on four arrest warrants, the latest of which related to a 2017 theft case in Pathum Thani’s Khu Khot precinct, the source said.