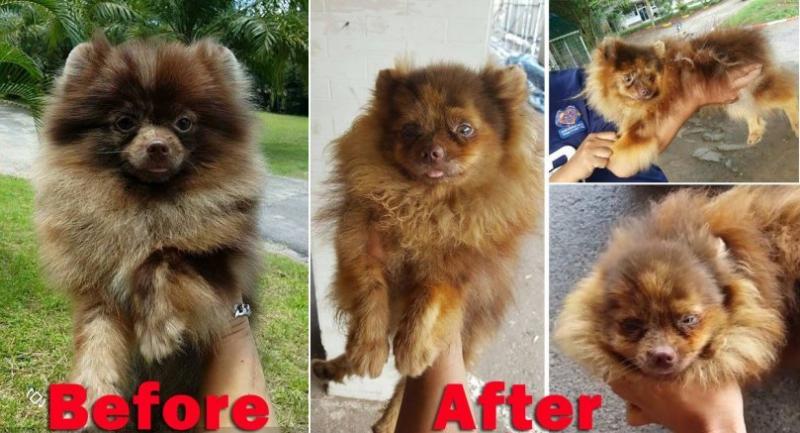 A dog farm owner in Chumporn province has alleged that a Bangkok doctor injected the face of a young, healthy Pomeranian after he bought it from his farm, making it almost blind.

Facebook user, Udomsak Sakulpradit, of Dog Landmark farm, said when the dog was returned to him it had severely irritated eyes, face and mouth" He said he recorded a video of the dog before it was sold and when it was returned to him four months later. “Please watch the video and you can’t help but cry like me,” he wrote.

Udomsak said that he sent photos of videos of the healthy dog to the doctor before he bought the animal. However, four months later the doctor telephoned Udomsak and complained that the dog’s colour and character was different and he wanted to return it.

After a long conversation, Udomsak agreed to take the dog back. He said the dog looked like it had been assaulted and injected with some chemical that made severely irritated eyes, face and mouth"

Udomsak said he is considering seeking legal action against the doctor.