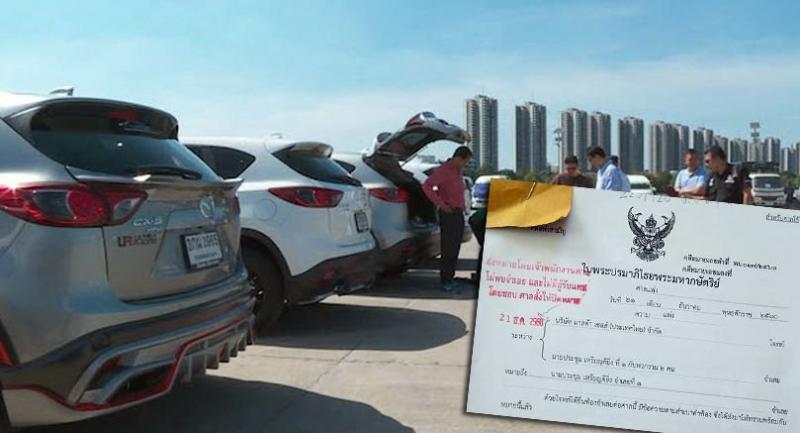 A consumer organisation has offered legal assistance to customers facing a lawsuit from automaker Mazda over their complaints.

Foundation for Consumers secretary-general Saree Ongsomwang said on Thursday that consumers had the right to complain about a product they had bought, and demand compensation.

Earlier, Mazda Sales (Thailand) Co Ltd filed a lawsuit against a group of 22 customers for Bt95 million in damages, accusing them of abuse of rights for complaining to various organisations about defects in their Mazda cars and seeking compensation. The customers had said two Mazda car models – XD High Plus and Sky Active – were found to have engine problems when speeding.

“I admire these customers who have come out to protect their rights and serve as an example for others. The Foundation for Consumers will assist them with the litigation,” Saree said.

“The company should express their gratitude to these customers, as they can honestly reflect on the problems in their products and can use their comments for product improvement. But by suing these customers, it seems the company is trying to silence the customers.”

She also urged the authorities to push forward the enforcement of Liability for Defective Products Bill, which will grant customers the right to ask sellers to repair their products twice, replace the product, or redeem the full amount within six months of purchase, while the onus will be on the sellers to prove that their products are not defective.

‘No intention to defame company’

Chalermpong Klabdee, legal head at the Centre for Customers’ Protection, said Mazda’s claim that the customers were abusing their rights and making excessive demands was invalid. Abuse of rights involves an intention to cause trouble to others, but in this case they were just seeking protection of their rights.

Chalermpong said in the end it was up to the court to decide whether this case could be considered as abuse of rights.

Pattakorn Theepabunrat, one of the customers whose car had a defect and was sued by Mazda, said that he did not intend to defame Mazda, but only |wanted the carmaker to solve the problem in its products.

“These defects in cars can be lethal, especially when the drivers face engine problems while driving at a high speed. We tried to get our cars fixed at the Mazda car repair centre, but it did not help and only cost us a lot of money and time,” Pattakorn said.

“Therefore, we decided to band together to suggest measures to solve this problem, but instead we were sued for our action to defend our rights.”

Mazda had released a statement earlier that they had sued these customers because they were asking for unrealistic terms of compensation, including that the company grant them a 10-year guarantee for their cars or cover a driven distance of 500,000 kilometres. Mazda said it had tried to negotiate with them and offered them a six-year guarantee or 180,000 kilometres, but the offer was turned down.