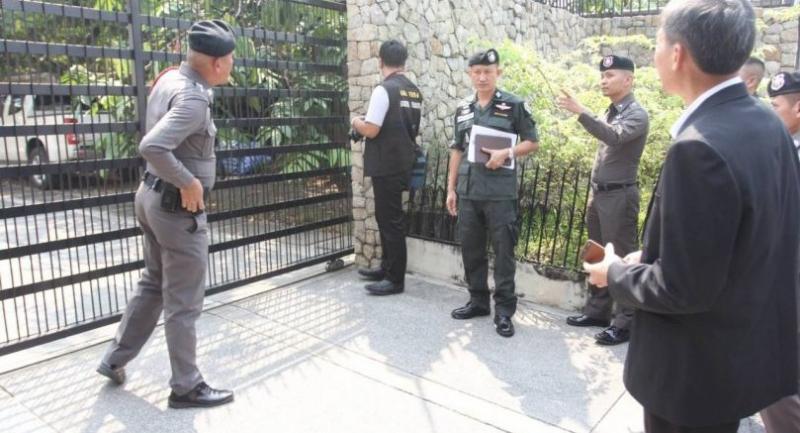 Police on Tuesday searched the residences of Italian-Thai Development chief executive officer Premchai Kanasutra as part of their investigation into Premchai’s alleged poaching and hunting in a wildlife sanctuary in Kanchaburi province.

The investigating police were accompanied by provincial police and officers from the natural resources and environmental crime division.

The search at Premchai’s three houses, which are in the same compound in Soi Soonwichai 3 in Huay Kwang district, began after his lawyer arrived at the scene and was shown a search warrant issued by a court.

Before then, a resident of the houses came to speak with police but did not allow the search, asking for the presence of the lawyer.

It is reported that deputy national police chief, Pol General Srivara Rangsibhramakul, will join the search in the afternoon.

Premchai and three others suspects – Premchai’s driver, maid and close aide – were released on bail on Tuesday after being arrested for alleged poaching and hunting in Kanchaburi’s Thung Yai Naresuan Wildlife Sanctuary on Monday.

The campsite Premchai allegedly used is in restricted site where hunting and camping are banned. At the site, wildlife authorities found the remains of protected animals including barking deer, pheasant and black leopard, as well as rifles and shotguns that police said were hidden in bushes.