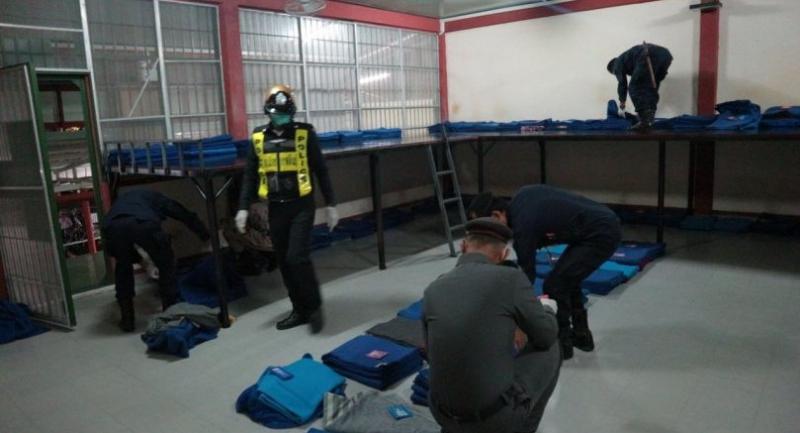 FOURTEEN prison wardens found guilty of serious misconduct were sacked without benefits, while four others were dismissed from the civil service but kept their benefits, and 193 were hit with lighter disciplinary punishments, Corrections Department chief Pol Colonel Narat Sawetanan said yesterday.

Following the department’s first civil service sub-commission meeting this year, Narat said the serious misconduct of 18 wardens had been discussed followed by a decision to sack 14.

One warden had collected bribes from inmates’ relatives in exchange for providing better living conditions behind bars, while another faced a complaint for allegedly collecting an illegal fee from a shoe-making business that hired inmates.

Three other wardens were found to have allowed inmates to use cell phones in prison, two others smuggled a cell phone into a prison, and another was found to have links to four cell phones, SIM cards and chargers found in a prisoner’s cell.

Three more were absent from official duty for more 15 days, while another was sentenced to one year in prison for forging state documents.

More serious crimes included one warden guilty of having smuggled 1,993 tramadol pills into prison, and another that was found guilty of rape.

The sub-commission also dismissed a warden from the civil service over adultery and three others for “disgraceful behaviour”, ranging from sneaking cell phone batteries into prison, telling people who were not inmates that he could procure drugs including “yaba”, and being linked to banned items.

Narat said the department tried to prevent corruption and the introduction of contraband at prisons but some wardens would “go astray”.