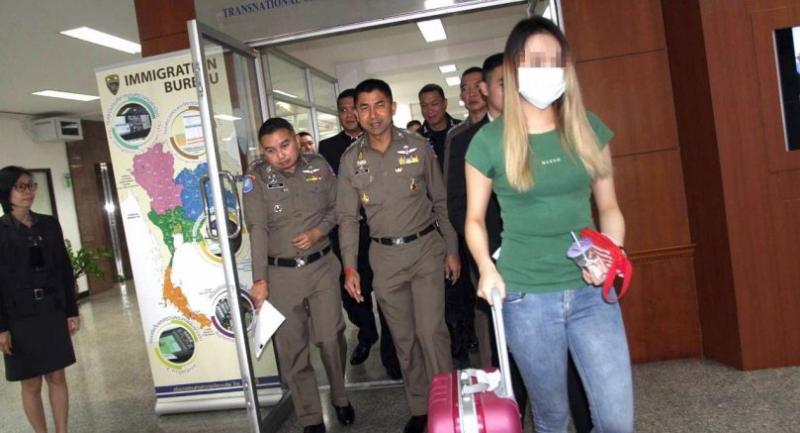 Close cooperation between Thai police and their Malaysian counterparts will enable victims who were detained and forced to work for a “call-centre scam” to return to their homes, Immigration Bureau commissioner Pol Lt-General Sutthipong Wongpin said on Friday.

Suthipong made the comment as Thai police handed over a Malaysian housewife to the First Secretary at the Malaysian Embassy, Ridzuan Abdul Aziz, at Immigration Police Bureau in Bangkok.

The woman was lured to work at a restaurant in Thailand in October but was detained since her arrival and forced to work for the “call-centre scam”, before the gang was busted by Thai police two weeks ago.

The Thai police crackdown led to the arrest of four Taiwanese suspects and one Malaysian suspect for allegedly duping Malaysian victims via phone calls to wire money to the gang.

Deputy Commander of the Tourist Police Division, Pol Maj-General Surachet Hakpan, said three of the suspects in this case would be extradited to face prosecution in Malaysia as per the previously filed request. The Thai prosecutor would next week complete the required legal formalities. Ridzuan thanked Thai police for their cooperation in suppressing the crime that had led to arrest of the suspects, the rescue of the Malaysian victim and for their help in speeding up the process to let her go home.

The police forces of the two countries will be working together to enable the scammers’ victims to return home. The Malaysian police currently has in its custody two Thai men aged 39 and 23, who allegedly were detained at a condominium in Kuala Lampur and forced to work for the “call-centre” criminals, with threats of physical assault. The two men were rescued during a January 26 bust in which five suspects – three Taiwanese nationals and two Malaysians – were nabbed. Both countries’ officers are currently working to send the two Thais home.

Surachet also said the Royal Thai Police via its Telephone and Electronic Fraud Prevention and Suppression Centre was handling 323 “call-centre scam” complaints from victims whose total losses are estimated at Bt171 million. He said the Thai-Malaysian police would hold two meetings a year to cooperate on busting such crimes.