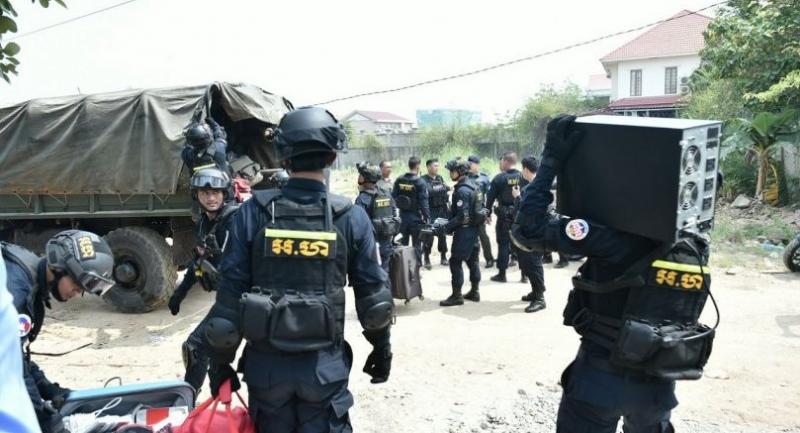 By KITTIPONG MANEERIT
THE NATION

CAMBODIAN and Thai police raided three places in Phnom Penh and Sihanoukville on Friday day and arrested six Taiwanese, 26 Thais and five Cambodians for allegedly being involved in a call-centre scam.

The Thai side of the joint operation was led by Pol Maj-General Surachet Hakparn, deputy Tourism Police commander and chief operation of the anti-electronic scam centre. The operation was launched after it was found that many Thais had fallen victim to call-centre gangs operating in Cambodia with their losses estimated to be about Bt100 million. The first raid was carried out at an abandoned hospital in the heart of Phnom Penh and two Cambodians were arrested along with computers, telephone signal equipment and lists of names.

The second crackdown was held at a luxurious rented house, where four Taiwanese, 25 Thais and three Cambodians were rounded up. Confiscated were computers, more lists and other equipment. The third raid was conducted at a house in the seaside province of Sihanoukville, where two Taiwanese and a Thai were arrested, two of them under arrest warrants from Thailand.

Police said that some of the detained Thais admitted they had committed their crimes voluntarily, while others said they had been drugged, detained and forced.