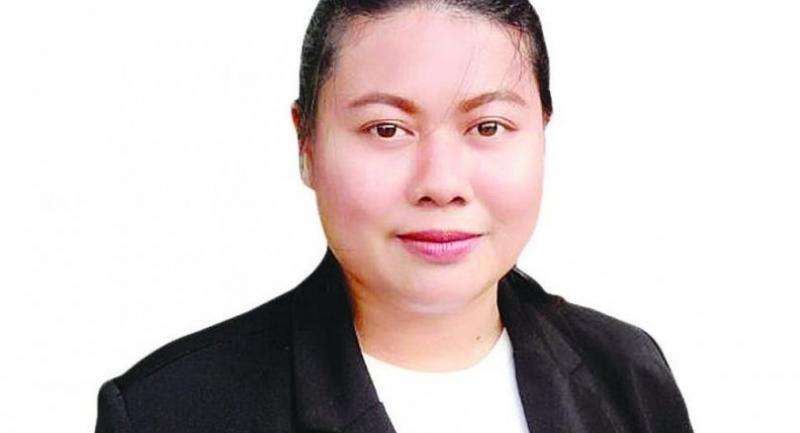 A 23-YEAR-OLD university student in the Northeast has become an accidental whistle-blowing hero for reporting an irregularity at a local state agency where she was working as a trainee.

Last August, Panida Yospanya was among a group of students admitted to train at the Centre for Protection of the Destitute in Khon Kaen.

As a student majoring in community development at Mahasarakham University’s Humanities and Social Sciences Faculty, Panida expected to meet local residents involved in development projects, because the agency is part of the Ministry of Social Development and Human Security.

Instead, she was assigned to do paperwork at the house of the centre’s director – a job that she later suspected was a scam embezzling state funds. During her training at the centre, she was ordered to fill in documents with invented information and forge the signatures of many local residents.

She was unwittingly involved in the forgery of more than 2,000 receipts that allowed corrupt officials to pocket public funds of more than Bt6.9 million.

Panida first alerted her supervising lecturer about the document forgery, but she was accused of lying and forced to apologise by prostrating herself before the official who ordered her to forge the documents as well as the centre’s director.

It was only after she did so that Panida received written approval to complete her training from the officials involved.

She later consulted with her mother, who suggested she report the embezzlement, as her involvement in document forgery could cause her to be blamed when it was eventually exposed.

“I decided to report it to the National Anti-Corruption Commission and the National Council for Peace and Order [NCPO]. But no action was taken, so I went to the media,” Panida said.

She and her friends then directly petitioned the NCPO’s secretary-general, Army chief General Chalermchai Sittisart, who arranged for her to report the case to the Public Sector Anti-Corruption Commission.

An investigation into the alleged embezzlement of public funds is now under way and several officials have been suspended from work to facilitate the probe.

Besides the Khon Kaen centre, 37 other centres for the destitute throughout the country are being investigated for suspected embezzlement of public funds.

Panida said she did not expect the case to grow so big and affect so many people.

“I don’t want to hurt anyone. I just want to prove my innocence. It was not my intention to fill documents with false information and forge signatures,” she said. “However, I am also proud that an ordinary citizen like me can do something to benefit the country.”

Panida said she chose to train at the centre because she wanted to become a good community development worker. She added that the embezzlement was unacceptable to her, which was why she had decided to report it.

But her honest actions initially got her in trouble. University authorities summoned her for an investigation and lecturers accused her of “damaging the university’s reputation”, she said.

She added that she also felt there had been attempts to intimidate her and family after she reported the suspected embezzlement to government authorities. Strangers followed her family’s cars and suspicious-looking vehicles parked close to her house.

However, Panida has obtained encouragement from friends and fellow students. Also, she has received commendations from different organisations, which Panida said she regarded as “ultimate prizes of honour” for her family.