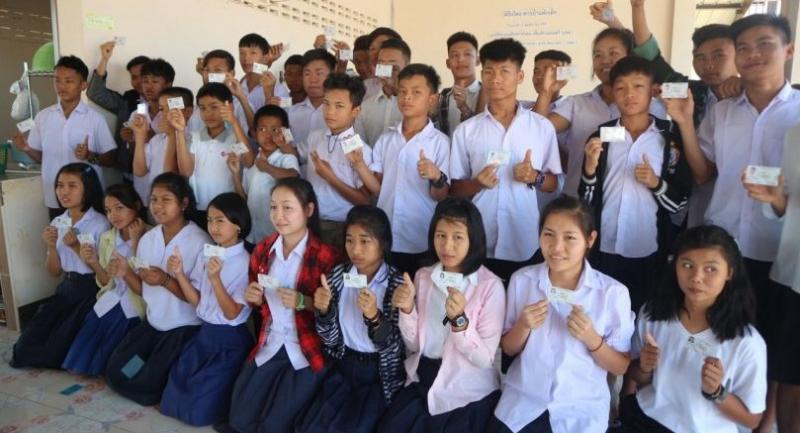 Next week, 29 more children are to receive their cards.

Human-rights lawyer Surapong Kongjanteuk, chairman of the Lawyers Council’s Human Rights Sub-committee on Ethnic Minorities, Stateless, Migrant Workers and Displaced Persons, congratulated the youngsters living in the Children’s Home operated by the Social Action for Children and Women Foundation and its learning centre.

Learning centre director Ae Ma said the youngsters in its care are sometimes arrested on their way to school because they do not possess ID cards.

“Now they can travel without fear of being arrested,” she said, thanking the government and “especially the Interior Ministry, as well as local registry officials”.