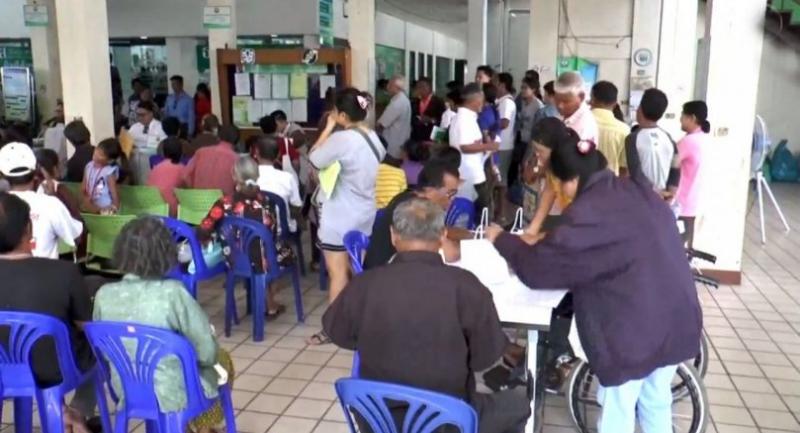 Rich being passed off as ‘underprivileged’; many locals in Ubolrat area being cheated.

SOME rich people have been described as “underprivileged” by officials based in the Ubolrat Dam Self-Help Settlement Community, pointing to financial irregularities in use of the state budget.

“They are rich enough to send their children overseas for education. But their names are being used to claim financial assistance from the state [very likely by corrupt officials],” Anti-Corruption Commission (PACC) acting secretary-general Lt-Colonel Korntip Daroj said yesterday.

He spoke up just one day after the PACC detected irregularities at the Chiang Pin Self-Help Settlement community – the first such settlement to come under scrutiny after the PACC started expanding its investigation from protection centres for the destitute.

In fiscal year 2017, it received Bt11.7 million from the government. However, the PACC has found evidence of suspicious practices, as many residents said they had never received any financial help but officials had put their name on paper as recipients of the aid.

Some other recipients said the financial help they received was lower than what was stated on paper.

Phirapong Bungbok, a former sharpshooter representing Thailand in the Para Games, said documents showed he received Bt9,000 in 2017 but he had received only Bt4,000.

“I am cheated out of Bt5,000. Such cheating is unacceptable. They add salt to the wounds of the disabled and the poor,” he said.

In a related development, PACC Region 3 aims to have all evidence gathered by the end of the month regarding alleged embezzlement at state centres assisting destitute people.

Subcommittees will then be set up to mete out punishment to anyone found guilty of corruption in the Bt13-million scam spread across seven provinces in the lower Northeast.

Region 3 director Pisit Sakanchanachai yesterday said three types of irregularities had been detected. Either the intended recipients did not get their entitled welfare allowances, got less than the amount budgeted for them, or were not qualified to receive an allowance.

The PACC investigation of 76 provincial centres set up to aid people in need has so far found apparent graft at 44 centres. The probe will extend to the rest before a May 31 deadline set by the government.

Praiwan Polwan, the acting permanent secretary at the Ministry of Social Development and Human Security, said on Thursday that 22 civil servants at 16 of the provincial centres had been transferred to other posts pending conclusion of the investigation.

Of five other accused officials, four have already retired and one resigned before the transfer orders were issued, but they remain subjects of a fact-finding probe and could face disciplinary action too. Praiwan said ministry officials were accompanying PACC investigators and making the rounds of the centres to help coordinate the effort.