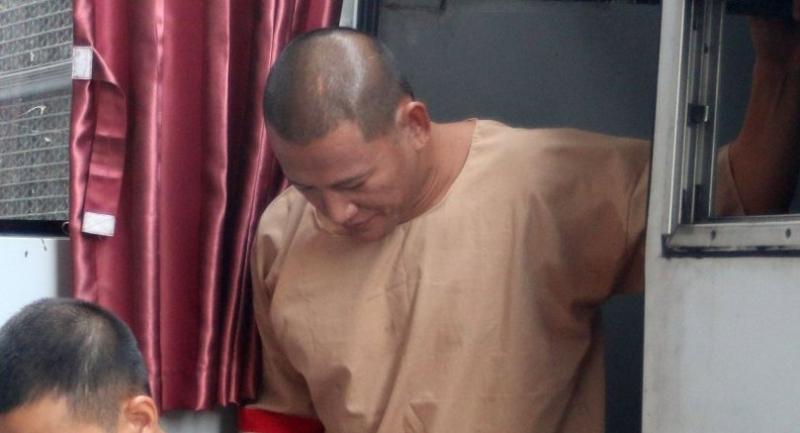 The Criminal Court on Tuesday sentenced to death a Lao drug dealer after finding him guilty of smuggling narcotics, including heroin and methamphetamine (known as yaba), into the country.

The court then reduced the punishment to life in prison for Xaysana Keopimpa, 42, who was arrested under dramatic circumstances at Suvarnabhumi Airport in January last year, on the grounds that he gave useful information to investigators.

He is believed to be the mastermind behind a network that smuggled drugs from Laos for sale in the southern provinces of Thailand and in other Asean countries, including Malaysia and Singapore.

Xaysana was known to enjoy flaunting his wealth by posting photos showing off his luxury sports cars as well as holding extravagant parties to entertain celebrities in Thailand and Laos.

After he was arrested, those who were seen in his Facebook photos, including some Thai stars, were invited to talk to police to give information on their relationship with the convicted.

The court on Tuesday said that the defendant and others who were in Laos had procured both the drugs and vehicles with secret compartments to hide them.

Xaysana was found guilty of involvement in many cases of drug trafficking, including incidents at immigration checkpoints in Nongkhai, Nakhon Ratchasima, Chumphon and Songkhla provinces.