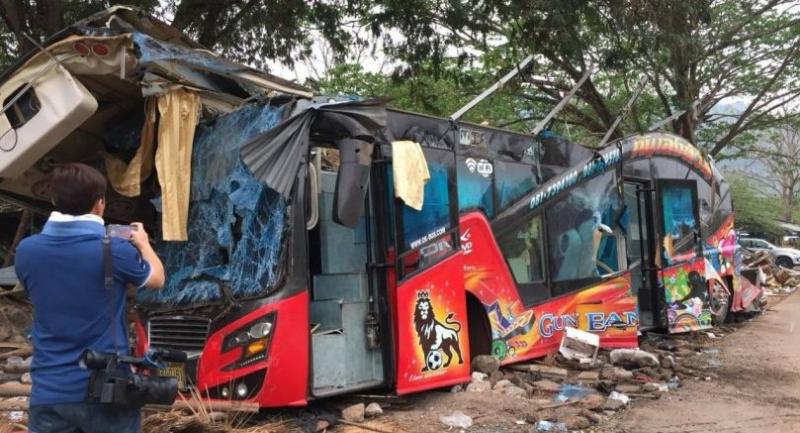 The tragic double-decker coach crash on Wednesday night in Nakhon Ratchasima has been followed by an outpouring of grief for the 18 deceased victims, all whom were from Kalasin’s Muang district, including tour guide Sompit Sutthichum, her husband and her two nephews.

A relative of Sompit, Pairoj Wanpukil, told Kalasin Governor Kraisorn Kongchalard, who visited victims’ families on Thursday morning, that the whole family had been killed in the crash. Kraisorn assured the deceased victims’ relatives that the Kalasin office of the Office of Insurance Commission had reported that the bus’s insurance company would pay Bt650,000 compensation for each death. An additional 32 people were injured. The governor also set up a temporary centre at Muang city hall to identify the bodies. The coach had been chartered by a group of mill operators and their families to visit Chanthaburi on Monday. The vehicle was on its way back to Kalasin when the driver lost control while entering a downhill curve, drove across a road island and slammed into trees and five roadside stalls in Nakhon Ratchasima’s Wang Nam Khieo district.