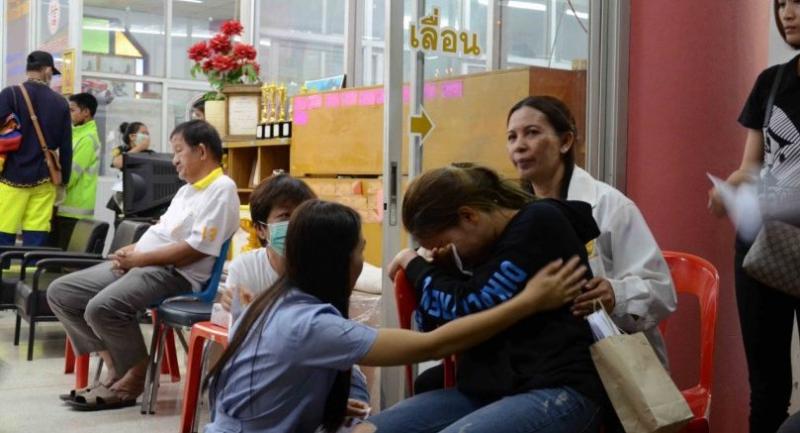 A SURVIVOR shuddered at the thought of her close brush with death amid the mourning for victims of the tragic double-decker bus crash on Wednesday night in Nakhon Ratchasima province.

The accident claimed the lives of 18 people, all of them from Kalasin province’s Muang district.

“This was my first visit to another province,” said 55-year-old Kalasin woman Somjit Jampasri, who narrowly escaped death.

There was a cheerful atmosphere in the coach, with people smiling and enjoying themselves listening to music, as revealed by video clips uploaded by passengers before the crash and now circulating on social networks. Somjit, who was among the 32 injured passengers, said she and 12 relatives had joined the tour group for a vacation to the beachside town of Chanthaburi, but tragically she lost eight relatives in the crash.

“The vacation trip turned into a devastating experience for me. Many of my relatives were killed. I saw bodies and blood everywhere,” she said.

Before the crash in Wang Nam Khieo district, Somjit recalled the bus shaking and veering from side to side. She heard someone shout “the brake isn’t working”. On an impulse, Somjit said she pulled her 12-year-old nephew Thewarat Wilachai into her arms as they rushed to sit on the upper deck to brace for impact. The instinctive action helped save her and the boy. “I prayed all of us would survive,” she said.

The group’s tour guide, Sompit Sutthichum, 51, and her family members – her husband Prayong Wangpikul, 50, and their two nephews – died in the accident.

A relative of Sompit, Pairoj Wanpukil, 58, told Kalasin Governor Kraisorn Kongchalard, who visited the victims’ families yesterday morning, that their whole family had been killed in the crash. “The family had good things going for them before this crash. It was most unfortunate,” Pairoj said.

“This is possibly the most devastating road crash ever in the province,” Kraisorn said. He also assured the deceased victims’ relatives that the Kalasin branch of the Office of Insurance Commission had reported the bus’s insurance company would pay Bt650,000 compensation to the families of each of the deceased.