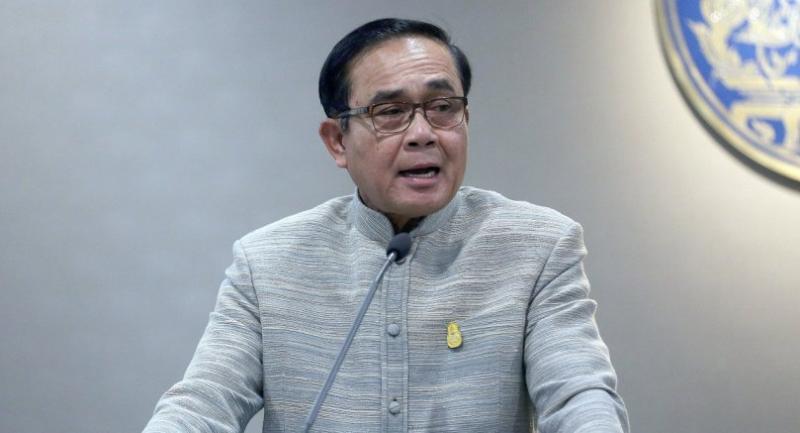 IN A SURPRISE MOVE, Prime Minister General Prayut Chan-o-cha has put the brakes on a controversial proposal to help financially troubled broadcasting and telecoms firms following criticism from top academics.

The premier said the government would employ “appropriate” measures to help the two sectors after deciding not to exercise his sweeping powers under Article 44 enshrined in the Constitution to grant multi-billion-baht debt moratoriums to nearly two dozen digital TV licensees and two 4G telecoms bid winners. Somkiat also voiced opposition to a three-year debt moratorium for digital TV broadcasters, arguing that only one of three factors cited by the NBTC for helping the licensees was acceptable – the state agency’s inability to implement the transition from analogue to digital broadcasting smoothly.

The other two factors of rapid technology change and an oversupply of broadcasters were regarded as normal business risks that were the responsibility of the private sector.

Prayut said he would ensure fairness in helping both sectors and the Central Administrative Court’s recent verdict would be a precedent.

Wissanu will schedule another meeting with the NBTC to resolve the issue under an Article 44 order.

“I haven’t decided anything yet. After all, we have to come up with suitable measures,” Prayut said after yesterday’s Cabinet meeting.

Citing the premier’s remarks, NBTC secretary-general Takorn Tantasith said certain private-sector industries should not be given advantages as the National Council for Peace and Order (NCPO) was worried it would be accused of unduly favouring specific private operators.

Regarding digital TV licence holders, the government had been asked to ease their financial problems by granting a three-year grace period for remaining instalments on their up-front licence fees and halving their terrestrial broadcasting network rental fees for two years.

For the telecoms sector, Advanced Wireless Network (AWN) and TrueMove H Universal Communication, both of which hold NBTC 900MHz licences, had asked the junta to let them split their fourth and final instalments on up-front fee payments for spectrum auction bids into five tranches.

AWN and TrueMove H are each required to pay final instalment payments of about Bt60 billion in 2019.

Somkiat said earlier that neither the government nor the NBTC should be held responsible for losses incurred by licence holders as a result of a glut of available channels and viewers shifting to alternative platforms.

A stock analyst, who declined to be named, said yesterday that he had disagreed from the start with the notion that the government should be asked to step in to ease the financial burden of broadcasters and telecom operators.

Before taking part in the NBTC’s digital TV licence auction in 2013, bidders should have realised there would be intense competition in the industry as they knew that the regulator would be auctioning as many as 24 licences, he said.

He added that the best solution was to let the market mechanism take its course.