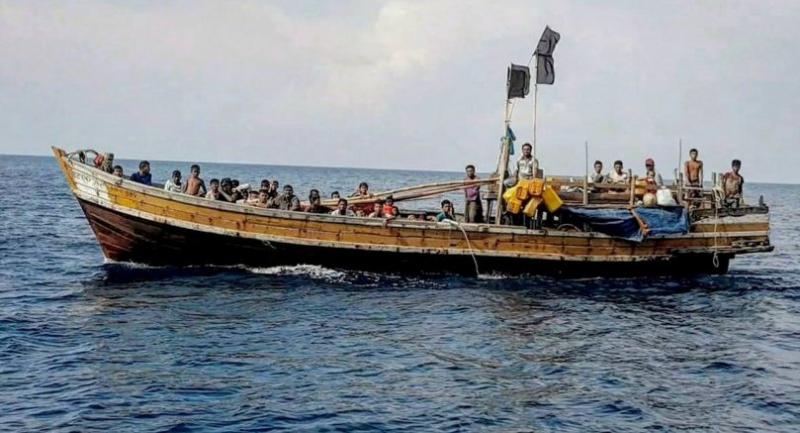 By THE NATION, THE STAR
ASIA NEWS NETWORK

A GROUP of 56 Rohingya boat people yesterday landed in Malaysia’s Langkawi district after they left Thailand, where they were allowed to land briefly on a “humanitarian basis”.

A boat carrying the Rohingya refugees, who were trying to reach Malaysia, had stopped briefly at Koh Lanta in Krabi province on Sunday as fears grew about overcrowded camps in Bangladesh for the stateless minority fleeing violence in Myanmar.

“I suggest not to sensationalise the issue.

“We took care of them on a humanitarian basis and coordinated with the country of origin, transit and destination,” Prime Minister General Prayut Chan-o-cha told reporters yesterday.

The group was detained by the Malaysian Maritime Enforcement Agency upon their arrival in Malaysia.

“Maritime has provided initial aid, such as food, drinks and medicine as required,” he said in a statement.

Handed over to immigration

Rozali added that the boat |has been escorted to the Kuala Kedah jetty and the people were handed over to the Kedah Immigration Department for further processing.

“We are serious about handling breaches in Malaysian waters, but on a humanitarian basis, the refugees were given good treatment,” he said.

This is the first group of Rohingya refugees to attempt a sea journey to Southeast Asia since the violence in Rakhine state last August that forced some 700,000 people to flee to Bangladesh.

However, it was unclear where the group had sailed from as the Bangladeshi authority said earlier that the group were not from the refugee camps.

Thai authorities, who launched a major crackdown on human trafficking in 2015, said human |traffickers do not appear to be involved.

A Rohingya source said the |group would not be the last and a |few hundreds of others are also preparing to attempt the dangerous journey to Thailand due to |difficulties in the refugee camps and the continued violence in Rakhine state.