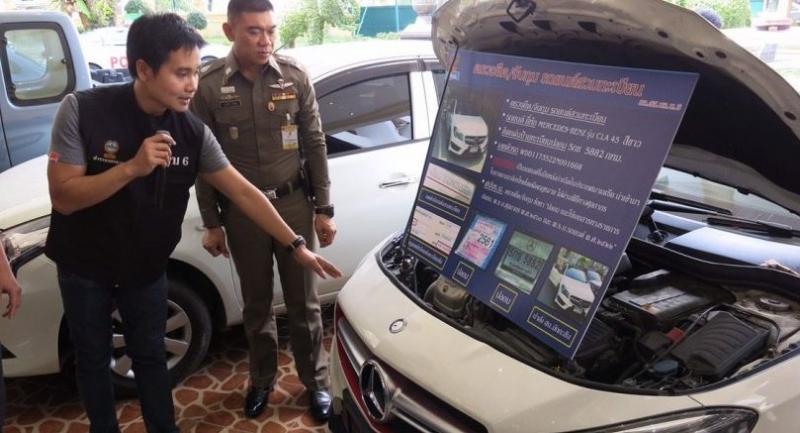 Police have successfully located a pickup truck about 800 kilometres away from Samut Prakan province, where it was stolen.

The vehicle was found in the possession of Sompong Champa and Jakrapob Leenatham in Nakhon Si Thammarat province, who were planning to sell the vehicle.

An undercover police operation led to the arrest of both men.

Jakrapob told police that he bought the pickup from a man whose identity is being withheld for now to ensure the ongoing police investigation would not be affected.

“He is a major operator in Nakhon Si Thammarat and Surat Thani,” said Panurat. Pickup owner Suwat Janso lodged a complaint with police that his Isuzu truck was stolen on April 6 from Samut Prakan’s Bang Phli district.

Security cameras captured the theft, and recordings were uploaded on social media.

The division soon found a photo of the stolen vehicle in a sales advertisement.

Police then arranged an undercover operation, with agents acting as buyers to approach the suspects.

During the past two months, the Metropolitan Police Bureau’s car-theft suppression division has successfully retrieved several stolen vehicles including a Mercedes-Benz and a BMW.