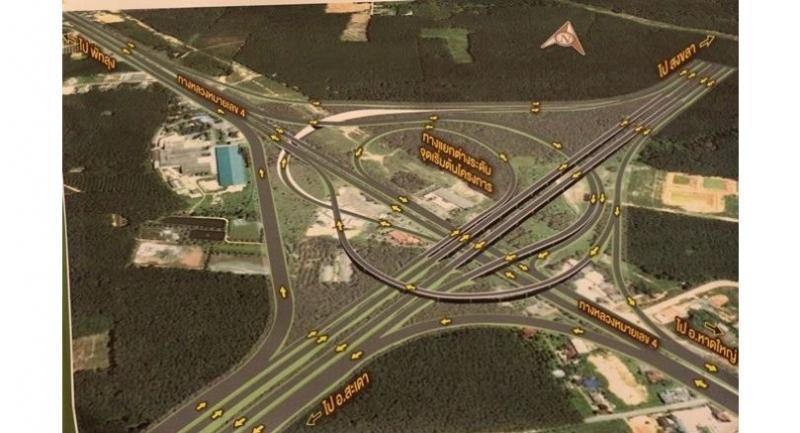 THAILAND plans to build a 62km motorway in the southern province of Songkhla to the border with Malaysia in a bid to boost bilateral trade and cross-border tourism that is currently worth an estimated Bt500 billion per year, Transport Minister Arkhom Termpitayapaisit said yesterday.

The private sector will be invited to bid for the project, which is estimated to cost Bt37 billion, as a Public Private Partnership (PPP) scheme with the government providing land and other facilities. Thai, Malaysian, Singaporean and Japanese builders and other investors have expressed interest in the planned motorway, which will start at the southern city of Hat Yai and end at the Sadao district bordering Malaysia.

The new route will serve more than 20,000 vehicles per day and shorten the current 90-minute commute from Hat Yai to the Malaysian border to only 60 minutes while reducing traffic congestion on the Petchakasem Highway, the South’s only main highway towards the Thai-Malaysian border.

Arkhom said the project will also boost a special economic zone near the border, facilitating bilateral trade via the Sadao customs checkpoint, which is worth around Bt325 billion a year, and via the Padang Bezar border checkpoint, worth another Bt150 billion per year.

In addition, a large number of Malaysian and Singaporean tourists cross the border into Thailand so the new motorway will serve as a faster route to Hat Yai, the South’s largest commercial and tourist city.

Private investors who win the bidding will be awarded a 30-year contract to build and operate the four-lane motorway with toll fees ranging from Bt10 to Bt88 per vehicle.

Arkhom said the Cabinet is expected to grant approval later this year and construction would start in 2019 with completion in three years.