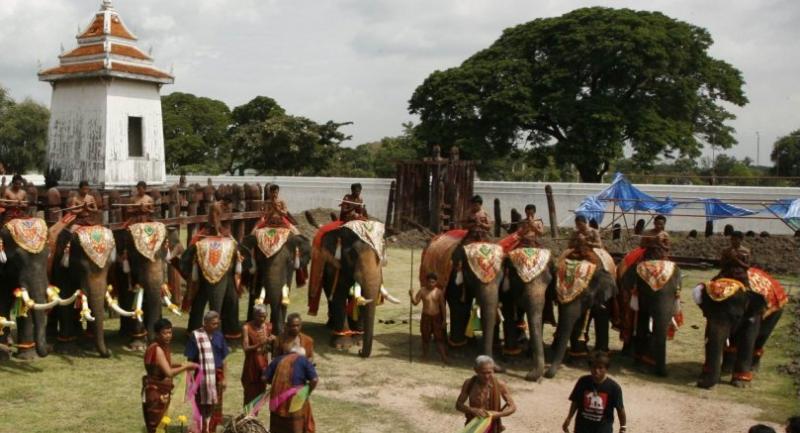 By Samrit Jeamjarernpornkul
The Nation

The Fine Arts Department will spend Bt30 million on improving the Ayutthaya Elephant Palace & Royal Kraal. Sacred and rare rituals will be carried out at the facility on Monday to mark the start of conservation efforts.

Brahmin priests and elephant masters will perform the rituals.

Located in Ayutthaya’s Muang district, the Ayutthaya Elephant Palace & Royal Kraal is a tourist attraction and was a shooting location for the hugely-popular TV series, BuppeSanNivas, which ended last month.

Arunsak Kingmanee, who heads the Fine Arts Office for Ayutthaya, said this site was where elephant-catching shows were staged in the old days.

“Elephants were hugely important animals in the past. They were vessels for royals and aristocrats,” he said. “They were also military tanks in battle.”