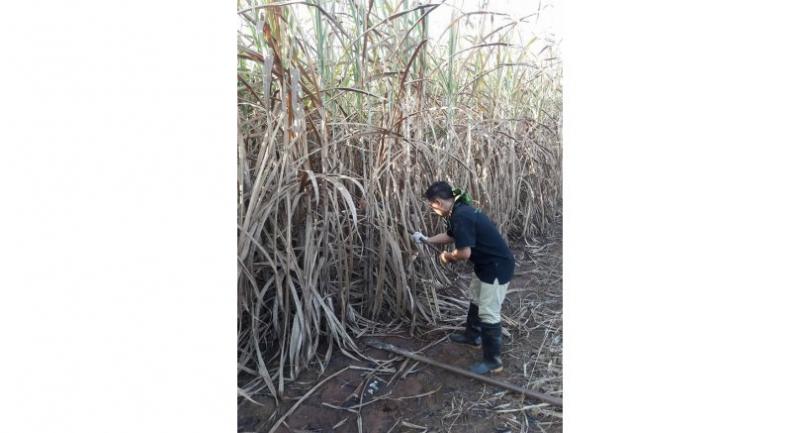 UNIVERSITIES COOPERATE IN RESEARCH TO IDENTIFY CAUSE OF FLESH-EATING DISEASE

NONG BUA LAMPHU, where many cases of a “flesh-eating disease” have been detected in recent years, has kickstarted a province-wide research project on environmental contaminants in what looks set to become a model for other provinces.

With a start-up fund of Bt1.3 million from the provincial government, researchers say the study aims to protect the health of locals from potentially harmful farm chemicals and result in an overall better local environment. Researchers from Naresuan University will start gathering soil and water samples before the end of this month in collaboration with several other universities, including Suranaree University of Technology.

“All government units in the province will join this research,” said Nong Bua Lamphu governor Thanakorn Ungjitpaisan. “We are set to dig deep into the causes of people’s health problems.”

The research project, which is often referred to as the “Nong Bua Lamphu model”, is being launched because a 2017 research report hinted at a possible link between health problems and leftover farm chemicals. “I hope this full-scale research will become a model for other northeastern provinces that have plenty of sugarcane plantations. Such farms usually use a quite high amount of chemicals,” Thanakorn said.

The governor said he did not want people to be panicked but rather become well aware of possible dangers from farm chemicals. He believes that awareness will guide people towards the right, healthy path.

The story of the scare over a flesh-eating disease in Nong Bua Lamphu began years ago.

In Nong Bua Lamphu, 213 cases of necrotising fasciitis and 2,468 cases of cellulitis have been detected each year between 2013 and 2017.

At Nong Bua Lamphu Hospital in this northeastern province, about 120 people have been diagnosed with necrotising fasciitis, or the flesh-eating disease, each year since 2014. The disease causes deaths and amputations in severe cases. Patients reported long-time exposure to water in public water sources and paddy fields.

Worried about these cases, the Nong Bua Lamphu public-health office commissioned research on farm-chemical leftovers in the local environment. The research was conducted last year, with Tambon Boontan in the province’s Suwannakhuha district chosen as the target area. Paraquat has posed concerns because local farmers were found to have used over-concentrated paraquat mixtures, four times higher than the recommended amount, in sugarcane plantations.

At least 10 people in Tambon Boontan have suffered from chronic necrotising fasciitis.

After heading the 2017 research, she has now taken a leading role in the upcoming environmental research for the whole province.

“We will start the research with the Bt1.3 million budget from the Nong Bua Lamphu provincial government. But later on, we will seek funding from the National Research Council of Thailand,” Puangrat said. “Our research project will be really comprehensive.” According to Puangrat, the team from Naresuan University will be in charge of science, environment and technology aspects and Mahidol University will help with medicine-related issues.

In addition to studying environmental contaminants, researchers will look into land use, address zoning and assess the need to designate buffer zones.

“In Nong Bua Lamphu, farmland is not far away from residential zones. They lie along houses, temples, and health stations,” Puangrat noted.

She hoped that with the research, technological solutions would also be introduced to remove leftover chemicals from the water destined for tap-water services.

“In the end, we will not focus just on the flesh-eating diseases but also all other health issues and quality of life,” Puangrat said.

In regard to social communications and policies, she said the Khon Kaen and Silpakorn universities would take a leading role.

“They will communicate with locals to create a good understanding,” she said.

Puangrat said in the final analysis, she hoped that the research would create sustainable solutions for people.

“We will also collaborate closely with local government agencies so that after the end of the research, they will know what to do when problems arise and how to solve them,” she said. Although her 2017 research has sparked serious debate over whether to ban paraquat in Thailand as many other countries have done, Puangrat said her aim was to inform the public and recommend solutions.

“When people know about problems, they will be naturally keen to embrace solutions,” Puangrat said. “My upcoming research will present organic farming, eventually.”

According to the Nong Bua Lamphu governor, the use of farm chemicals had reduced

since local farmers in Tambon Boontan had learned about the high concentration of paraquat residues in the local environment.