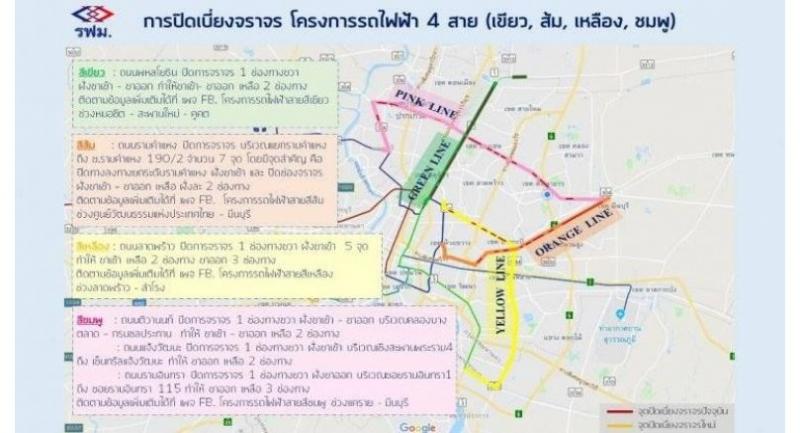 The Mass Rapid Transit Authority of Thailand (MRTA) has issued a warning to motorists to expect heavy traffic congestion at four construction areas as secondary students return back to school this week.

Construction for four electric train lines across Bankgok City will worsen road traffic that is traditionally already jammed during rush hour as the school term kicks off and parents and children settle into their pick-up routine. The semester begins the week of May 16-21.

Construction contractors have been asked to clear the road surface and potholes ahead of the student return in an effort to help alleviate the chaos, said the MRTA.

The agency has posted information and maps on its web pages (facebook.com/MRTA.PR/ and mrta.co.th) to help motorists avoid traffic jams around construction for the four lines.

The four lines and some of the affected schools are:

Note: There may be additional schools affected in all areas.