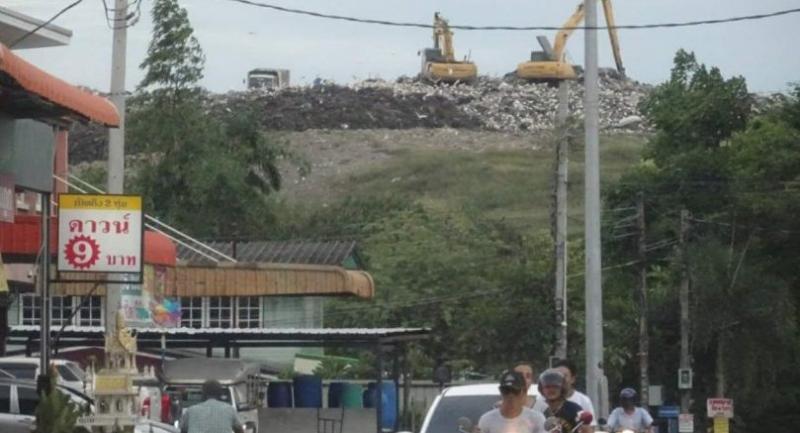 AUTHORITIES are leaning towards burning plastic waste and getting industry involved in choosing policies as they seek to improve the management system for the persistent pollutant that fouls both land and water environments.

Meanwhile, an environmental expert said that changes to consumer behaviour are also needed to make real progress and reduce consumption.

With the problem of plastic waste being the theme of World Environment Day tomorrow, and problems with plastic waste and e-waste making almost daily local headlines, the Natural Resources and Environment Ministry has revealed plans to take a “life cycle” approach to address the problem. The ministry is calling for cooperation from plastic producers, other business sectors, consumers and official agencies.

A sub-committee has been set up to tackle the chronic problems caused by plastic waste, says the permanent secretary of the Natural Resources and Environment Ministry, Wijarn Simachaya. He chairs the subcommittee, which aims to comprehensively solve problems through consultation and policy planning with all stakeholders.

“We have a goal to reduce plastic waste by adjusting policies and practices, from their beginning in the production line, then on to consumers’ hands and on to waste management at the end of the life cycle,” Wijarn said.

“After receiving a satisfactory outcome from the campaign to ban cap seals on bottled water the sub-committee on plastic waste reduction is now discussing the next policies needed to further encourage consumers to lower their consumption of plastic products such as straws, plastic bags and water bottles.”

He said the sub-committee had discussed various options, including collecting fees for plastic bags, banning plastic straws and encouraging the use of biodegradable plastic.

The Natural Resources and Environment Ministry is also working with its counterparts in other Asean countries to tackle plastic waste at a regional level, he added. This was pertinent, he said, because many countries in this region were among world’s largest producers of plastic waste and also generated a huge proportion of the plastic waste that ended up in the sea.

However, Pollution Control Department statistics from last year about Thailand’s garbage management identified leftover plastic waste as another major challenge in solving the country’s waste problem. Only 500,000 tonnes of the 2 million tonnes of overall plastic waste were recycled.

Wijarn has previously acknowledged the urgency of tackling leftover plastic waste, which together with litter will eventually end up in the sea and cause an even greater threat to the ocean ecosystems: marine plastic waste. Ocean-borne waste is particularly hard to tackle, he said.

The ministry’s current approach to dealing with unrecycled plastic waste is to burn it to create energy in waste-to-energy plants. “For the solution of turning plastic waste into power, we are letting the private sector invest in waste-to-energy plant projects, with the cooperation of local administrative organisations, in order to allow local authorities to manage their own affairs on waste management,” he said.

That plan has been given the thumbs-up by m Buntoon Srethasirote, the director of the Good Governance for Social Development and the Environment Institute. He praised the ministry’s plans to take on plastic-waste management policies, saying they were heading in the right direction. However, Buntoon said, many things still had to be coordinated in order to ensure that the plans were properly implemented without themselves causing more problems.

“On the plan for collecting fees for plastic bags, I suggest that the authorities should put the money from that fee into an environmental fund and use the fund to finance plastic-waste management operations in order to ensure sustainability of the system,” he said.

He also urged the government to ensure that local people were included in genuine public participation and reaped the rewards of the construction of waste-to-energy plants in their locality. This would help to prevent conflict and opposition from local communities opposed to waste-to-energy projects.

Waste segregation was always the main obstacle to proper waste management in Thailand, said Buntoon, so he suggested both the general public and official agencies worked together to change their old habits.