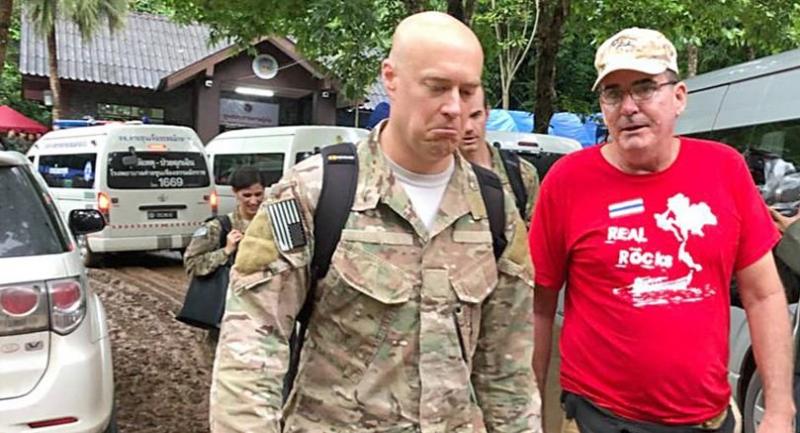 The United States has dispatched a team from the Navy Pacific Command to join the search for the group lost in a Chiang Rai cave, the US Embassy in Bangkok announced on Thursday.

“The United States is deeply worried about the young soccer players and their coach missing in Tham Luang Cave, as well as their families and supporters,” the embassy said in a statement.

“The United States Pacific Command (PACOM) has sent a search-and-rescue team at the request of the Royal Thai government to assist in locating the group.

“The United States team is now in Chiang Rai and delivering search-and-rescue experience and capacity to the already tremendous efforts underway by Thai authorities. We hope the players and their coach will be brought home quickly and safely.”