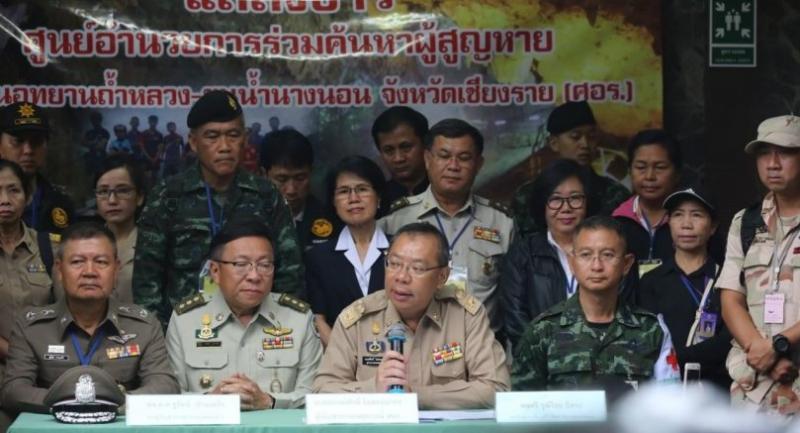 A phone cable is being rigged up inside Tham Luang Cave from Chamber 3 to the location where the 12 young footballers and their assistant coach are trapped, Chiang Rai Governor Narongsak Osotthanakorn said on Tuesday.

He said it had not yet been decided how soon they could be evacuated.

Narongsak told a Nation TV reporter at 10am the phoneline would enable the trapped youths to talk to their families.

He said the Navy Seal divers attending to the youths had not yet returned to report on their condition.

It would take about six hours for them to make their way out from the place the trapped boys have been huddling for nine days.

Water was still flowing into the cave, Narongsak said, but drainage efforts were controlling the water level and the footballers were safe on high ground.

He said the boys have been fed high-calorie gels because taking in normal food remains difficult due to the flooding and narrow passageways.