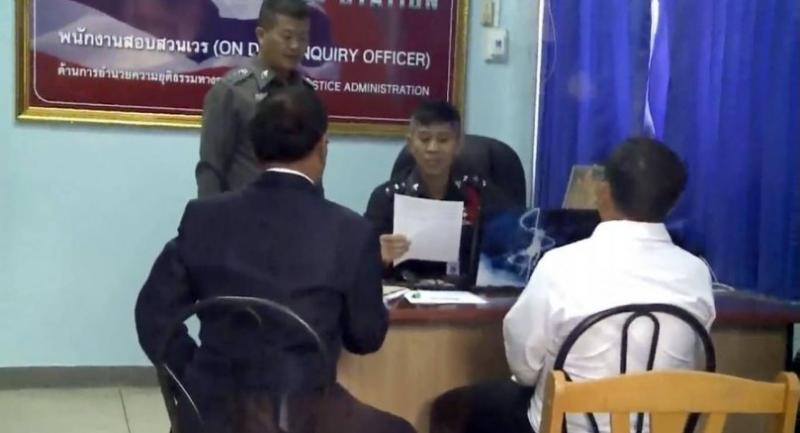 A panel has recommended that a former school director in Nakhon Ratchasima province be expelled without a pension from the civil service for having an inappropriate romantic relationship with a 14-year-old schoolgirl.

A sub-panel of the province’s education committee decided at a meeting on Thursday to recommend the dismissal of Nathapop Boongthongtho, 51, said it chairman, General Marut Limcharoen. That action will next be proposed on July 12 to Governor Wichien Chantharanotha, and the provincial education committee he chairs,

The nine-member sub-panel – assigned to look into disciplinary action against Nathapop and ensure justice for all sides – took an in-depth look at the case, based on the sub-panel’s own findings and those from a separate fact-finding probe by the Nakhon Ratchasima Primary Education Service Area Office 6, Marut said. They concluded that Nathapop should be dismissed from the civil service without a pension or welfare benefits as he had committed a serious disciplinary breach. The sub-committee also said the criminal prosecution case against him should run its course, he said.

The sub-panel also agreed that the victim must receive care to ensure that her education was not affected by the events and that she would graduate, Marut added.

The Ban Patong Thanoen Samakkee School committee and teachers in early January brought the scandal to the media’s attention by producing Line chat messages from the Mathayom 2 girl’s mobile phone as evidence. This led to the man's transfer out of the school to an inactive post pending investigations into his alleged three-month intimate relationship with the girl, which reportedly started shortly after he took a position as director of the school in Bua Yai district.

A police investigation resulted in three criminal charges against Nathapop for statutory rape of a minor under 15, “taking a minor under 15 away from his or her parent or guardian for a lewd act”, and libel. Nathapop denied the charges and vowed to fight them in court.

The libel charge was linked to an alleged dispute with a local woman who reportedly was the first to reveal the scandal. The woman reportedly produced Line chat messages claiming the former school director allegedly addressed the schoolgirl as “darling” and “dear wife'”. The woman's son, who attends Mathayom 3, is said to be the former boyfriend of the unnamed schoolgirl.