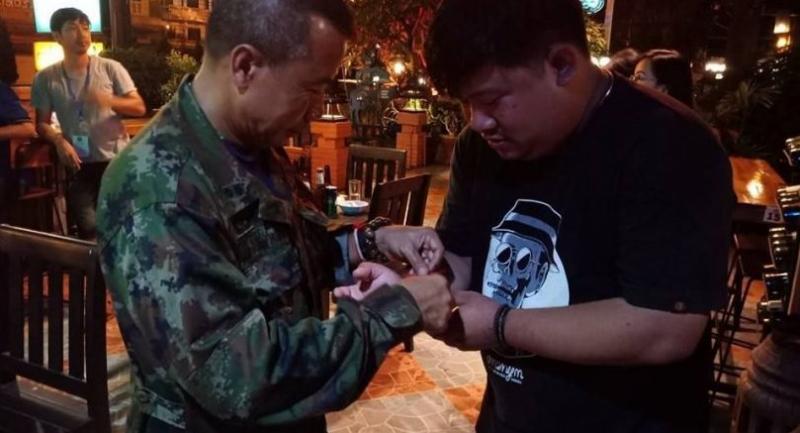 Following the successful rescue of 12 youths and their football coach trapped in a Chiang Rai flooded cave, Naval Special Warfare Command chief Apakorn Yukongkaew on Wednesday handed out wristband talismans from the forest monk Khruba Boonchoom Yannawaro to media members and officials at a local hotel as souvenirs.

In addition to sharing the many items he got from the famous monk, the amulet enthusiast Apakorn shared good cheer over the accomplishment of what had been labelled “mission impossible” by some at the outset of the rescue attempt.

Apakorn was less cheerful on the days prior to the youths exiting the cave. In remarks made in the Maekhong Delta Boutique Hotel's lobby when he came down for breakfast, he admonished that people should talk less and do more and that they should work to their full capacity and uphold their integrity.

The monk had been invited to perform religious rites and pray for the trapped footballers at the front of the cave during the time before they were discovered by British divers.