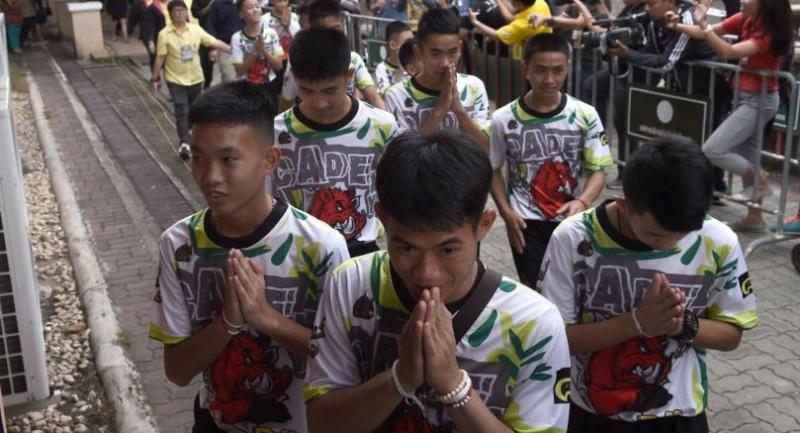 Twelve boys and their football coach Ekkapol Chantawong (C), dramatically rescued from deep inside a Thai cave after being trapped for more than a fortnight, arrives for a press conference in Chiang Rai on Wednesday. // AFP PHOTO

Twelve Thai boys and their football coach who became trapped deep in a flooded cave complex tried to dig their way out and survived on rainwater for nine days before being found and later rescued.

"We tried to dig out as we thought we cannot only wait for authorities to get us," coach Ekkapol Chantawong told a press conference Wednesday as the Wild Boars team made their first public appearance since being saved.

One of the team members said they "drank water that fell from the rocks" before being found by two British divers nine days after going inside the cave on June 23.